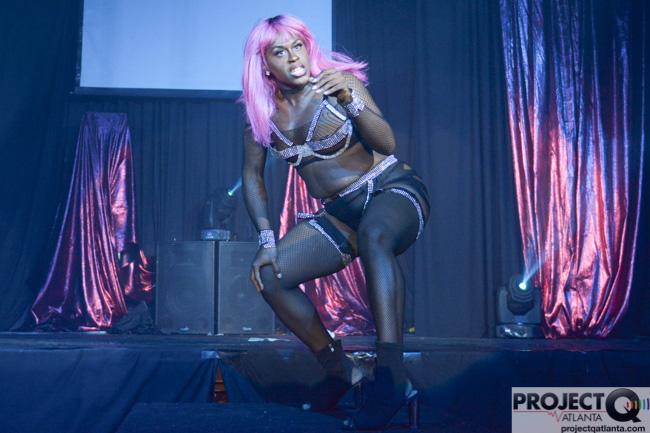 You earned all the goodness the LGBTQ-ATL is laying at your feet as a reward for a hard-fought week. Check out events ready to honor St. Patrick’s Day Weekend, but oh. so. much. more.

Luck of the Toad. Get Patty’s weekend started with some Mexican fare with Twee behind the bar @ Frogs, 4 p.m.

Mapplethorpe. The Out on Film audience award winner returns in its theatrical run with the story of legendary gay photographer and boundary pusher Robert Mapplethorpe @ Midtown Art Cinema, all week. Q magazine loved it.

Men With Money. Three young bachelors, two gay and one straight, are looking to marry their way from rags to riches in a re-imagined 1950s @Aurora Theatre, 8 p.m. Runs through April 7. Read the Q preview.

Mug Club Friday. All the games and matchups on the screens, and all the sporty gays to watch it with @ Woofs, 12 noon.

AIDS Then AIDS Now. Out on Film screens and contrasts three films from different eras, Buddies, Paris 05:59and Theo and [email protected] Out Front, 12 noon.

Queer Eye Heroes Reunion. All the heroes from Seasons 1 and 2 of the popular Netflix reboot on a panel raising money for Rainbow House @ Relapse Theatre, 5 p.m.

Lip Sync Drag Battle. They call the show “Life’s a Drag,” but this drag is anything but a drag @ Midtown Moon, 5 p.m.

Atlanta United Tailgate. The gay pro soccer fans of All Stripes do pre-gaming festivities before the match @ Lot 1 The Gulch outside Mercedes Benz Stadium, 3 p.m. Meet All Stripes and get in on their plans here, and the match is also on TV @ Woofs, where it's March Madness too, 7 p.m. This how they tailgate.

Atlanta Sisters Meeting. The local arm of the Sisters of Perpetual Indulgence invite all comers to see what they’re all about @ Rush Center, 7 p.m.

Armorettes: St. Patrick’s Day. The camp drag crazies with the hearts of gold against AIDS are in their 41st year of weekly shows @ Midtown Moon, 8 p.m.

A version of this calendar originally ran in Q magazine. Read the latest issue below for even more.