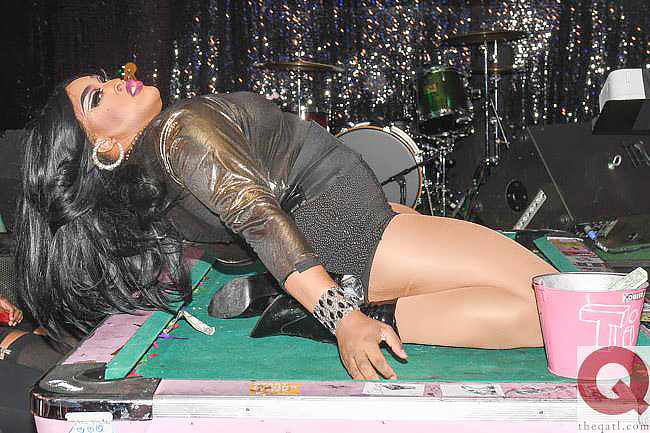 You never stop plugging away at that queer life, and the LGBTQ-ATL keeps the pace with Atlanta events for your precious downtime. Scroll through the Queer Agenda calendar.

48 Hours on the Street. The founder of the new Rainbow House Coalition spends a weekend outside as he did during his former Lost-N-Found gig to highlight LGBTQ youth homelessness @ Midtown Moon Parking Lot, all weekend.

The View Upstairs. This new musical honors the people inside the 1973 arson at New Orleans gay bar the Upstairs Lounge. The show opens the 2018-19 season @ Out Front Theatre, 8 p.m. Read our preview in this issue of Q magazine. Runs through Nov. 10.

Barbara Tucker. The one and only hits town with DJ Mike Pope on the decks @ Wildpitch Underground, 10 p.m.

Bearracuda: Folsom (middle photo).  One night on the infamous gay leather avenue @ Heretic, 10 p.m. These guys are so down.

AWBTO #Daydrunk. Drink specials put you to bed early or make you the life of the party as the sun drops @ Mary’s, 2:30 p.m. Do it, and you may not remember what you did during the regularly scheduled shenanigans, 9 p.m.

The Gay Preacher’s Wife.  Literally. Meet the lady who wrote the book on a down-low husband coming out @ Barnes & Noble Georgia Tech, 3 p.m.

Queer Resilience. Gay poet, spiritualist, psychotherapist and congregation member Franklin Abbott speaks on the strength to get through tough times as part of the Sunday service @ First Existentialist, 11 a.m.

Atlanta United Watch Party. The local LGBT pro-soccer fan club All Stripes checks out the away game together on multiple screens @ Georgia Beer Garden, 4:30 p.m. Also, the game is on TV @ Woofs, 4 p.m.