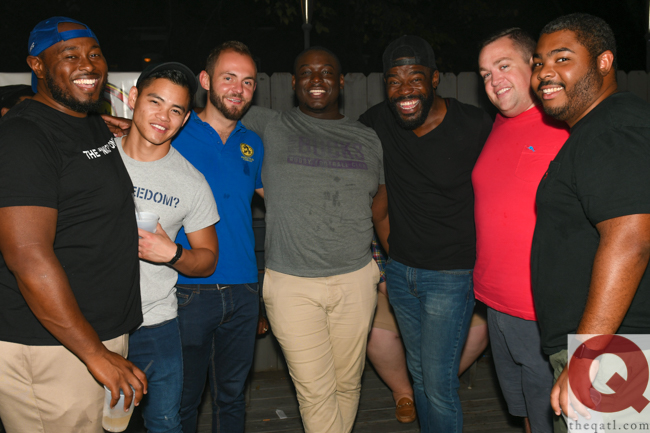 From dancing all night to fest-ing all day, LGBTQ Atlanta’s event roster knows how to cure the weekday blues. Take your pick from options subdued to sublime, raucous to restrained.

MAAP Mix, Mingle & Film.  Metro Atlanta Association of Professionals hosts its happy hour with a preview of Out On Film with trailers, giveaways, as well as complimentary light bites, beer and wine @Atlanta Beltline Center, 6 p.m

Respect the Brunch. Gays who eat breakfast for lunch do it this time to benefit PFLAG Atlanta @ Ten, 12 noon.

Music Midtown Brunch.  What better way to munch during the annual festival than on gay-owned tacos @ Guac Y Margys, 12 noon.

Dueling Pianos. The Andrews Brothers are back riling up the crowd @ Midtown Tavern, 10 p.m.

Music Midtown Brunch.  What better way to munch during the annual festival than on gay-owned tacos @ Guac Y Margys, 12 noon.

After Glow Jell-O Wrestling. Be a spectator or join in the fun with your favorite dancers @ BJ Roosters, 8 p.m.