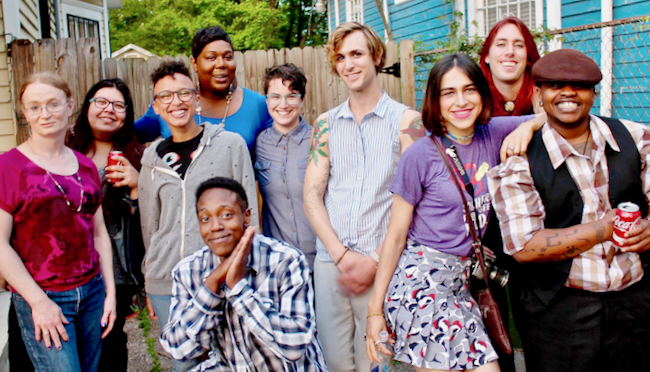 Stonewall Weekend brings more to love in the LGBTQ-ATL. Events line up for you to knock down Friday through Sunday, from weekend-long festivals to annual summits, one-off performances and nightly parties.

Southern Fried Queer Pride. Multiple events by, for and about queer, trans people of color and their allies. Events include tonight’s Cinequeer Film Night and Hawt Sauce Dance Party @ The Bakery, 6 p.m. and 10 p.m.

The Gospel According to Andre. The compelling, complicated life of Vogue Editor Andre Leon Talley gets the documentary treatment @ Regal Tara 4, all week. Read the Q interview with Talley.

Drag Queen Story Time. Edie Cheezburger reads “A Day in the Life of Marlon Bundo” to kids for the entertainment of adults @ Out Front Theatre Company, 10 a.m.

Leona Beasley. The writer and a self-described “Southern lesbo warrior king” reads from and discusses “Something Better Than Home” @ Charis Books & More, 7:30 p.m.

Southern Fried Queer Pride. Multiple events by, for and about LGBTQ+ people of color and their allies. Events wrap with today’s Frolic! Queer Picnic @ The Bakery, 2 p.m.

Armorettes. The camp drag crazies with the hearts of gold against AIDS are in their 40th year of weekly shows, now in a new home bar @ Midtown Moon, 8 p.m.

A version of this feature originally appeared in Q magazine. Read the full issue below, and pick up your hard copy around town.