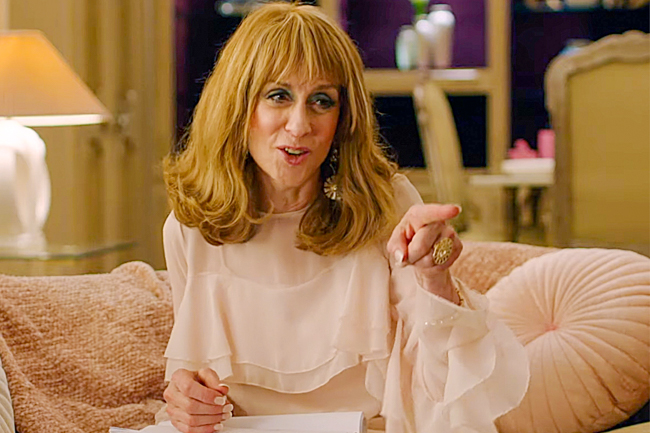 Out on Film, Atlanta AIDS Walk and Wussy Prom headline the weekend, but that’s not nearly all the LGBTQ event trouble you can get into. Start scrolling the Queer Agenda calendar.

Out on Film. Atlanta’s venerable LGBTQ festival continues 11 days of screenings @ Midtown Art Cinema. Friday brings Documentary Shorts, 12 noon, web series These Thems, 3 p.m., herstory documentary The Archivists, 5:30 p.m., and then two Q Spotlight features Before You Know It with Judith Light (top photo), 7 p.m., and From Zero to I Love You with Darryl Stephens, 9 p.m. Read the Q Out on Film preview.

Becoming Nancy. Based on the best-selling British novel by Terry Ronald and expected to go to Broadway, a teen learns to become a female character for a play and transforms in the process @ Alliance Theatre, 8 p.m. Runs through Oct. 6.

Gender Queer Day Hike. Check out the falls with your non-binary friends and Venture Out Project @ Raven Cliff Falls, 7:45 a.m.

Daniel Franzese. The comic actor you might know from Mean Girls or a breakout turn on HBO’s Looking performs one night only @ Out Front Theatre, 7 p.m.

DILF. “Leather Me Up” is the theme for this month’s daddy dance party @ Heretic, 10 p.m.

AIDS Walk Atlanta & Music Festival. Do the deal with a $750,000 goal this year @ Piedmont Park, 11 a.m. The ambassadors are ready, the veterans are set, and errbody be ready to go like…

Armorettes. The camp drag crazies with the hearts of gold against aids are in their 41st year of weekly shows @ Midtown Moon, 8 p.m.

Miss Edgewood Opening Night. Watch “10 kings, queens and in between” kick off a seven-week elimination competition for the title @ Noni’s, 10:30 p.m.

Pick up a new edition each week at queer and LGBTQ-friendly venues around town, and check back every Thursday for the latest Queer Agenda of weekend events. You can also check out our schedule of queer Atlanta’s biggest and best fall shows, soirees and special guests through Thanksgiving.