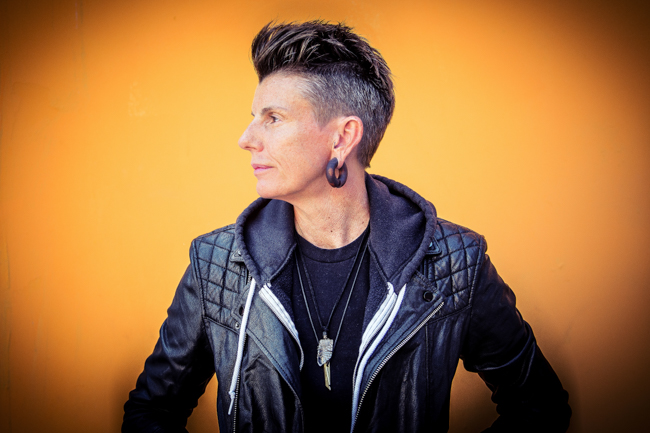 Whether you’re in it for the Maroon 5 mini concert, the million-dollar ads or the actual gridiron action, we're here with your LGBTQ Super Bowl watch parties, and other queer gatherings the whole weekend.

Atlanta Jewish Film Festival. The largest festival of its kind in the world celebrates its 19thyear with another queer-inclusive, month-long roster @ venues all over town. Read the Q preview covering films of LGBTQ interest.

Hedwig and the Angry Inch. Your last three chances to see queer Atlanta native son Chad Darnell in a role he was born to play @ Pinch ‘N’ Ouch Theatre, 8 p.m. Saturday and Sunday too. Read the Q interview.

Onyx Pearls. The female branch of the leather-fetish club for queers of color hosts a bar night @ Atlanta Eagle, 10 p.m.

Queerly BelovedFinesse Afterparty celebrates with a Cardi B and Bruno Mars tribute show like only these queers can deliver @ My Sister’s Room, 11 p.m.

Game On. Every Sunday is brunch early and DJ Tron into the night. This week, make it football too with Atlanta’s venue catering to gay men of color @ Bulldogs, 11 a.m., 4 p.m. and 6 p.m.

Game Day Brunch, Munch & Shows. Get started early with the Revival show, keep it going with a smorgasbord of serving stations into the afternoon, then belly up to the bars and TVs with an Armorettes Show chaser after the game @ Midtown Moon, 11 a.m., 2 p.m. and 9 p.m.

The Big Game at Woofs.Atlanta’s only gay sports bar not only gives you the most screens showing the game, but possibly the most actual queer sports fans to watch it with @ Woofs, 12 noon.

Women’s Funday. Doors open early and theparty goes all day and into the night. Enjoy the game on multiple screens, then stick around for the Queer AF show @ My Sister’s Room, 1 p.m.

Sunday Funday: Super Bowl Edition. Take all the hot guys and gals you can expect on any given Sunday, up the ante with the big game,  and mix well with specials and surprises @ Ten, 4 p.m.

15th Annual Chili Cookoff. Cooks compete for your tastebuds and everybody wins during this annual game-day contest with the gridiron action on screens @ Friends on Ponce, 4 p.m.

NFFLA Super Bowl Party. The gay National Flag Football League of Atlanta sets the standard for Super Bowl parties every year. With the game in Atlanta this time, consider all the stops pulled with these queer jocks @ Blake’s, 6 p.m.