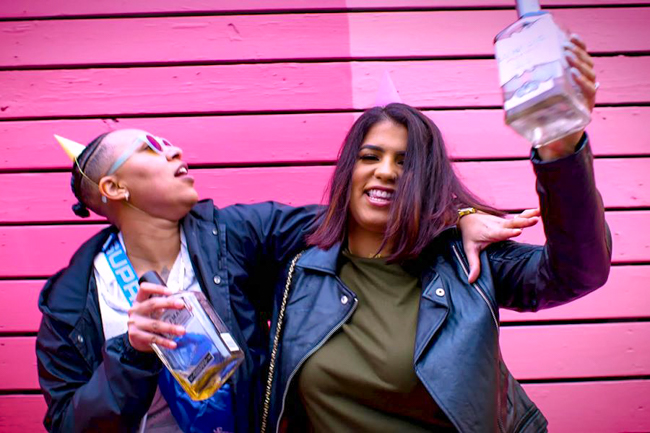 Annual festivals, monthly bar nights, weekly gatherings and more than you can possibly do on a daily basis. That’s the Queer Agenda calendar for the LGBTQ-ATL this Labor Day.

Black Gay Pride. One of the country’s largest celebrations at the intersection of African American and LGBTQ returns with options for both reverence and revelry all weekend. Events include a screening of 30 Pilot (top photo) tonight.

Dragon*Con. The annual sci-fi/fantasy/cosplay convention loves its queers, and LGBTQ fan groups make the most of it. Events include LGBTQ fare and parties with the self-titled “Queerios.”

Decatur Book Festival. RenownedTales of the City author Armistead Maupin is one of the many LGBTQ special guests, and the documentary on his life co-sponsored by Out on Film is among the events, during the annual literary fandango @ Decatur Square, all weekend.

Black Gay Pride. One of the country’s largest celebrations at the intersection of African American and LGBTQ returns with options for both reverence and revelry all weekend. Events include today's Thrive SS Brunch, a Black Gay Pride Film Festival @ Georgian Terrace, 11 a.m., and more parties than you can handle.

#Daydrunk .Drink specials put you to bed early or make you the life of the party as the sun drops @ Mary’s, 2:30 p.m. Do it, and you may not remember what you did during the regularly scheduled shenanigans, 9 p.m.

The Untold Tales of Armistead Maupin. The documentary that wowed Out on Film audiences last year screens with its namesake author in attendance @ 215 Sycamore, Decatur, 7 p.m.

Black Gay Pride (third photo). One of the country’s largest celebrations at the intersection of African American and LGBTQ returns with options for both reverence and revelry all weekend. Events include the Pure Heat Festival @ Piedmont Park, 12 noon, and the all-new LGBT Greeks Festival  with In The Life Atlanta @ Candler Park, 12 noon.

Atlanta United Watch Party. The local LGBT pro-soccer fan club All Stripes checks out the away game together on multiple screens @ Midtown Tavern, 7 p.m. The game is also on TV @ Woofs, 6:30 p.m.

Tossed Salad.The magic and madness masterminded by Brigitte Bidet and her left-of-center queens goes all in @ My Sister’s Room, 9:30 p.m.

DJ Dani Toro. The all-weekend party doesn’t let up when everyone officially has Monday off. Keep it going @ Heretic, 10 p.m.

At the Wake of a Dead Drag Queen (bottom photo). The Spectrum Lab series at Atlanta’s queer theater launches with this project by Terry Guest about a young, black drag queen and her best friend @ Out Front Theatre Company, 8 p.m.

Some Like It Hot for Women. The ladies version of Labor Day Rock @ Alibi Rooftop, 5 p.m.

A version of this feature originally ran in Q magazine. Read the latest issue below for even more, check back here every Thursday for the full weekend roundup.