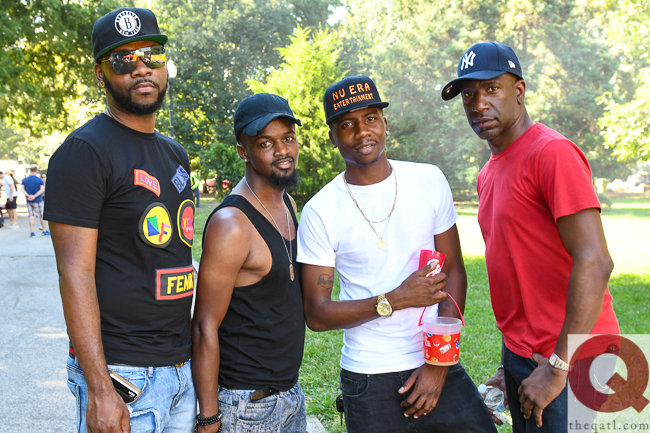 DragonCon Parade. The costumes. The people. The fun. Getting up early is totally worth it @ Peachtree Street, 10 a.m.

Trans Military. Out on Film hosts a screening of this compelling documentary about transgender members of the armed services as part of the Decatur Book Festival with a panel discussion to follow @ Downtown Decatur, 7 p.m.

Pure Heat Community Festival (third photo). A day in the park for Black Gay Pride Atlanta includes all the happy faces you can handle plus award presentations for Pose actress Angelica Ross and singer Tweet @ Piedmont Park, all day.

Drag Brunch Theatre. The Sisters of Sequins with Bubba D. Licious at the wheel while you eat @ Lips, 12:30 p.m. Walk-ins welcome. Or sleep in and do Dinner with the Divas,6:30 p.m.

DJ Alexander knows you have Monday off, so dance bitches @ Heretic, 10 p.m.

Rainbow Days at Six Flags (bottom photo). The 10th Anniversary of LGBT day at the park celebrates diversity while you ride and play @ Six Flags Over Georgia, all day.