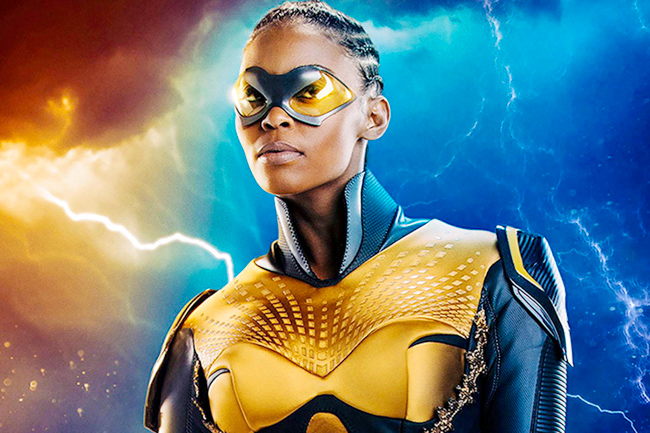 It’s been a long haul since Billy Crystal’s “Jody Dallas” on Soap pushed boundaries beyond wink-wink-nudge-nudge portrayals of queers on primetime TV in the 1970s. In fact, until the 1990s, most were relegated to white gay male character actors in comedic roles that may not even mention their sexual orientation per se (think “Uncle Arthur” on Bewitched and “Monroe” on Too Close for Comfort).

These days, we have the relative luxury to count LGBTQ representation on more than our fingers and toes. We can now look for degrees of better representation and inclusion, not just in multiple roles across genres, but in the openly queer actors hired to play them with increasing regularity.

The 2018 fall season offers scores of queers in minor roles, walk-ons and cameos, as well as a relatively rich roster of leading, key or main characters. Below are our favorites.

One of, if not the first, characters on network TV to represent black gay issues, much less be played by an out actor, returns as the reigning CEO on the popular nighttime soap about a music mogul family. He's also the Q magazine cover boy this week and the headliner at this year's gay Gentlemen's Ball in Atlanta, Oct. 5-7.

An ensemble cast led by Sean Penn includes this queer astronaut of color who champions science in a straight white man’s disastrous space race to Mars.

From a teen coming out to an openly gay young adult in a tough Irish-American clan, what makes this character special is his battle with bipolar disease.

This trans actress plays TV’s first transgender superhero. She joins Kara Danvers’ lesbian sister Alex as a queer character on the show – as well as characters on sibling shows Black Lightning’s lesbian of color Anissa Pierce (aka Thunder) and The Flash’s married gay Mister Terrific (Echo Kellum) and Citizen Cold. As of this writing, The Flash has promised a new queer character in the fall season but hasn’t specified who that is.

Billed as the first openly asexual character on mainstream TV, Todd is a fully realized, complex animated character who directly addresses his sexuality and the importance of labels.

Will Truman and Jack McFarland

The Conners, ABC (Roseanne's gone, but her family remains)

Basically Everyone But Archie

This feature originally appeared in Q magazine. Read the full issue below, and pick up a new edition every week.