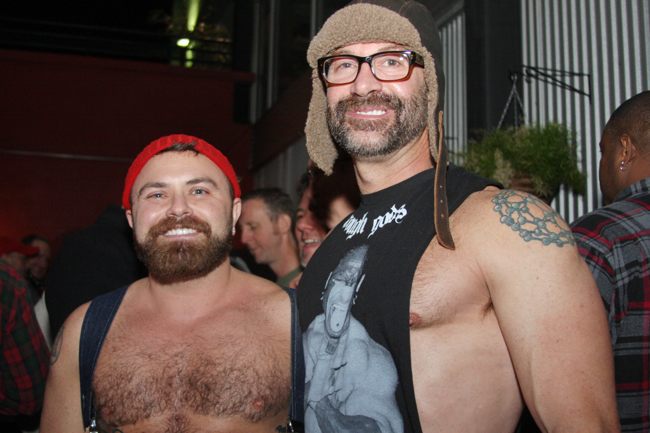 You love leaving comments on our posts, especially when they’re about activist whiplash, gay lumberjacks, crime and Kandi Burruss. And we love reading them. Here’s the best of the best from the week gone by.

Mistakes were made? Darling no wasn’t impressed with the apology offered by one LGBT activist for accusing gay beating victim Brandon White of lying.

You are not a leader. No one called on you to lead. You are a kid. And honey, it shows like a goose egg zit on prom night.

Gays can dress up as lumberjacks. But can they chop wood? King Atlas wondered.

Raise your hand if you’ve actually ever chopped wood.

Monty Weiss says yes, girl, he can chop the wood.

Of course I have.. If you grew up on farm in the rural south, you had to chop some wood or your butt would freeze in winter.

Simple and straight-forward, Whatevah summed up his love for Kandi Burruss,”The Real Housewives of Atlanta” cast member who expressed her love for the gays.

Love me some Kandi!

Christian spared nothing in his takedown of the case of Lenny Evert Jones, who is accused of drugging, robbing and burning an Atlanta gay man.

omgomg. what’s worst? the atrocious crime or the lying sleazy defense lawyer calling this maggot an “upstanding citizen” while dissing the victim?