The best kiss from Team Gay at the Olympics 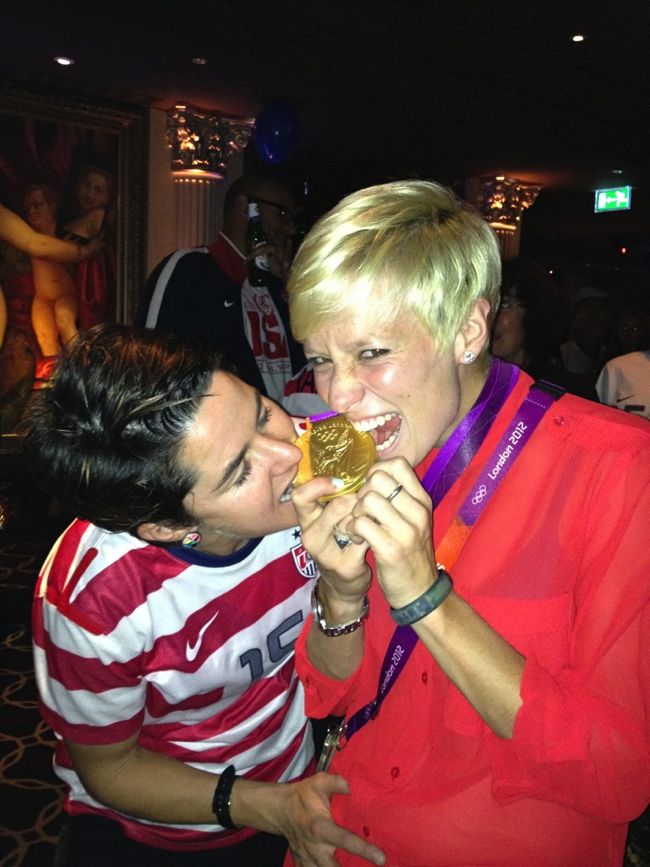 It’s been a few weeks of same-sex smooching. An Atlanta lesbian couple kiss-starting Chick-fil-A protests, a gay couple kissing in the heart of Chick-fil-A country and now, the best gay kiss from Team Gay at the Olympics. OK, there was some biting, too. U.S. soccer player Megan Rapinoe was among 23 out gay jocks competing at the London Olympics. And as her team cinched gold, she became one of 10 LGBT athletes to do so. How’d she celebrate? With her and girlfriend Sarah Walsh, a member of the Australian national soccer team, smooching – even gnawing on – Rapinoe’s gold medal and then Walsh tweeting the photo. Smooch, chew or bite, it’s the most touching same-sex moment to come out of the Olympics. Via Buzzfeed