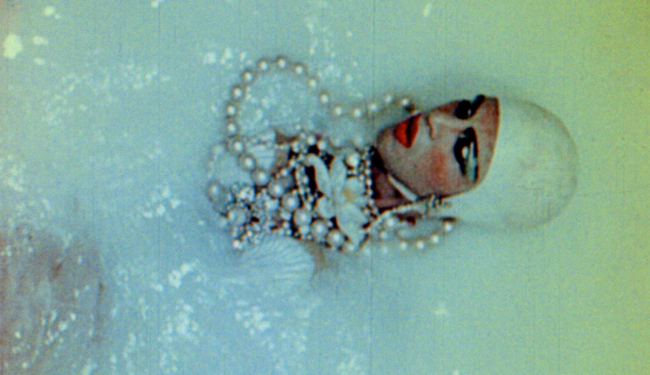 If the full post-holiday week got you down, perk up! Atlanta’s holigay season is on again! Toy Party and World AIDS Day headline a weekend packed with LGBT events that make the season, and the end of your week this Friday through Sunday, bright. 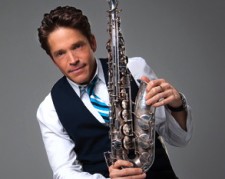 City Hall turns red. For the third year, the city participates in flooding landmarks with red lights all month long for World AIDS Day. Free HIV testing Friday for the occasion, too @ Atlanta City Hall, 10 a.m. – 12 noon. Here’s what that looks like.

“The Other Show” shakes up drag with a concept cabaret featuring some of Atlanta’s freshest, most unique young talents. That’s entertainment, and it’s all led by mistress of mayhem Edie Cheezburger @ Jungle in the Jungle Room, 9 p.m. Stick around and dance with DJ Thomas Byrd in the main dance hall after the show. 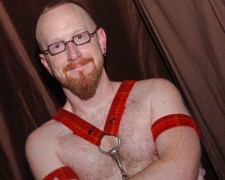 ManShaft: Leather-Levi Edition. The manly-men crowd deck out in their gear for vintage men’s films, great music and bulging tight Levis. Kick It Up Cocktail hour with DJ Chris Griswold, 8:30 p.m. and the main event with badass DJ Diablo Rojo (third photo), 11 p.m. @ Cockpit. Watch the hot and sticky preview, and check out our ManShaft photos.

Banjee Girl Friday is this week and every week to kick off the gay women’s party weekend @ My Sister’s Room, 10 p.m. 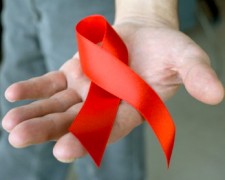 Charity Extravaganza Show is put on each year by the Friends Friday bowlers. Look for performances, fun and general bedlam as the partiers get together to benefit Lost N Found Youth @ Jungle, 6 p.m.

Hannah Thomas and Emily Kate Boyd do their girls-with-guitars thing like the lesbians love them to do @ Eddie’s Attic, 9:30 p.m. 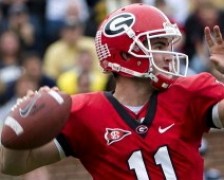 SEC Championship Beer Bust watches the Dawgs (sixth photo) game against the Tide and raises money for Lost N Found Youth with some gridiron action and the gang from the gay Dixie Bowling group @ Burkhart’s, 3 p.m. You know the gay jocks go SEC wild @ Woofs and the football lesbians will be out in force @ My Sister’s Room.

Drag Race 3 continues with contestants battling out to win the night by singing, dancing or doing drag plus a spot in the finals. Meanwhile, dance your ass off with all the lesbians in attendance and Q100’s DJ Rapko @ My Sister’s Room, 9 p.m. 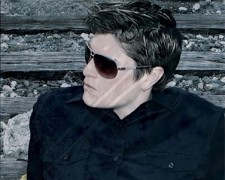 Carioca with DJ Mark Anthony from Montreal gets the all-night party started with an “early” set @ Jungle, 10 p.m. If your shirt’s not off yet, that throwdown is followed by the DJ Alyson Calagna All-Nighter (seventh photo) @ Xion, 3 a.m. – 7 a.m.

Partaaaay: Hollywood Edition brings all the sexy men of color together for a special edition of this weekly dance party. Film shooting by the producers of “The L Word” and “Barber Shop” plus Lisa “The Real McCoy” Ray. Be ready for your closeup @ XS UltraLounge, 10 p.m.

Early Country & Late Night Dance offers line dancing and two stepping after the sun goes down, then DJ Mike Pope picks up the pace until close @ Heretic, 8 p.m. and 12 midnight. Pssst. Heretic was voted Bestest Place to Pick Up a Guy. 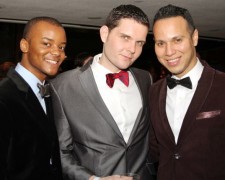 10th Anniversary Toy Party (bottom photo) lays out gay Atlanta’s biggest holiday party with open bars, DJ Vicki Powell, a silent auction, food and everything else that comes with the signature event of For The Kid In All Of Us. Dress to impress @ AmericasMart, 5 p.m. Gay City Council member Alex Wan damn near curses on TV about it he’s so excited.

Check our Toy Party Dos, Don’ts and Detailed info to make this year the best one yet.

Since you’re all revved up and dressed up, keep drinking at the Toy Party AfterParty @ W Downtown, 8:30 p.m.