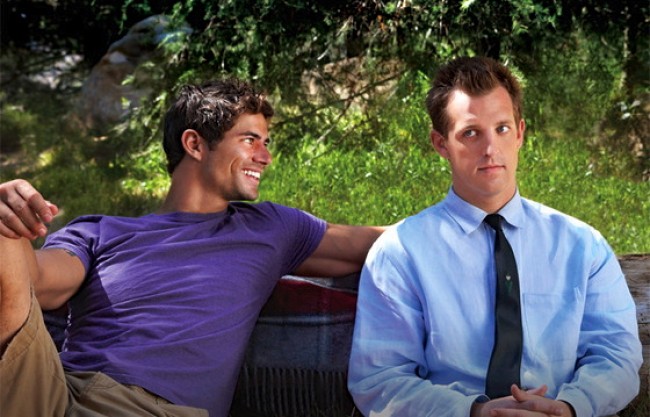 You’ve been waiting all week, you thought it would never get here, but the weekend doesn’t disappoint. Weigh your options with our Gay Agenda of Atlanta’s best Friday through Sunday LGBT events. 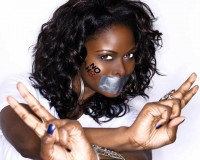 NOH8 Photo Shoot returns to Atlanta to put duct tape over mouths and stamps on faces for the camera in the name of gay rights (second photo) @ Spelman College’s Cosby Auditorium, 5 p.m. – 7 p.m.

Art For Owen is about much more than art by top artists from across the country. It’s also food by local favorites and open bar with admission of suggested $10, vocals by Bernadette Seacrest and Francine Reed, silent auction, and all for child leukemia patient Owen via the Luekemia & Lymphoma Society in the gay-owned surroundings @ Alan Avery Art Company, 7 p.m.

Atlanta Bucks First Friday brings the men of Atlanta’s gay rugby team together for all the beer you can down and all the food you can eat for $10 @ Heretic, 8 p.m. 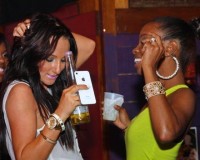 Dance Fever (third photo) is the hottest weekly lesbian dance party. It goes down every Friday with DJs M & Twee, and it rocks the ladies into each weekend without fail @ My Sister’s Room, 9 p.m.

Got Leche is Atlanta’s premiere weekly gay Latin night with performers, a packed dance floor with DJ Chiruco and the only gay place to party in Atlanta until 5 a.m. @ Club Rush, 10 p.m. 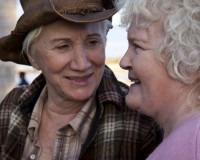 Out On Film continues with a full morning-to-night schedule of features, documentaries, short film collections for both men and women, the festival’s Centerpiece Screening, “Cloudburst” with Olympia Dukakis (fourth photo, our Olympia Dukakis interview includes the trailer), and a retrospective screening of “Hedwig & The Angry Inch” to end the night @ Midtown Art Cinema, 11 a.m. – 11:30 p.m. Flip through your official guide to the whole festival through Oct. 11. 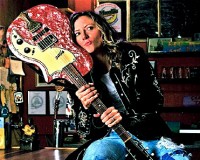 Michelle Malone CD Releases Party brings on the local lesbian legend (fifth photo) and her guitar to celebrate her latest recording effort with the fans who can’t get enough @ Eddie’s Attic, 7 p.m. and 10 p.m.

Atlanta Pride Beer Bust offers an afternoon of football and fundraising as the festival committee welcomes one and all to bottomless beers, raffle prizes, Jell-O shots and college games on the tube @ the Fifth Ivory, 3 p.m. – 6 p.m. Then head over to Mary-oke for continued Pride donations @ Mary’s, 10 p.m. They’re just the latest in a string of Stride Into Pride events that help make next weekend’s Oct. 13-14 festival happen. 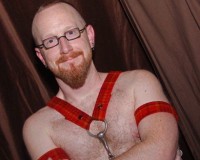 “Songs for a New World” takes the stage at one of Atlanta’s LGBT-welcoming churches with a play highlighting the human experience through an array of diverse characters in 57 stories wrapped into one great night by Epidemic Theatre Group @ New Covenant Church of Atlanta, 8 p.m.

Halcyon, the Southern lesbian duo that knows how to make women sway and rock, returns to Atlanta to seduce the crowd @ My Sister’s Room, 8 p.m. 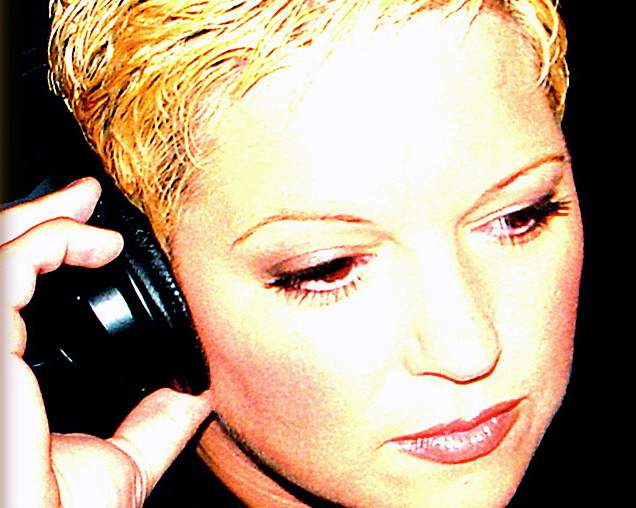 DJ Bill Berdeaux mans the tables, and it’s your last night to get the Jungle Loyalty Card for year-round discounts in the expanding space of gay dance heaven @ Jungle, 10 p.m.

Sunday, Oct. 7
NFFLA Flag Football pits the teams of the gay National Flag Football League of Atlanta as they continue their fall season of grid-iron matchups each week through Oct. 28, except Pride Weekend @ Boulevard Crossing, 11 a.m. 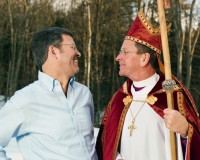 Out On Film brings on another full day of programming. Seven films today, including “Ballroom Rules” at 11 a.m., the highly anticipated “Raid of the Rainbow Lounge” documentary (Read our director interview) about an Eagle-like gay bar raid in Fort Worth at 12:35 p.m., and the Bishop Gene Robinson documentary “Love Free or Die” (eighth photo) at 4:50 p.m. Even more screenings all day and into the night @ Midtown Art Cinema, 11 a.m. – 9:05 p.m. Flip through the whole festival guide through Oct. 11 for details, and check out the special guests in attendance.

NFL Sunday for Pride includes all your pro-games on the big screens plus Atlanta Pride taking collections toward next weekend’s festival with the ladies @ My Sister’s Room, 1 p.m. – 3 p.m. It’s the next in a long line of Stride Into Pride events this week. 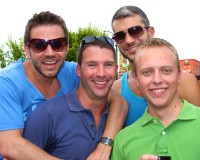 Joining Hearts 25 Check Presentation Party gives away all that money from a year’s worth of fundraisers (bottom photo) and Atlanta’s biggest gay pool party to AID Atlanta and Jerusalem House with appetizers and cocktails to boot @ Renaissance Atlanta Midtown Hotel, 6 p.m. See just a taste of how they raised all that cash in our extensive Joining Hearts 25 gallery, just its studliest poolside hunks, or tons more 2012 Joining Hearts Weekend photos here, here, here and here.