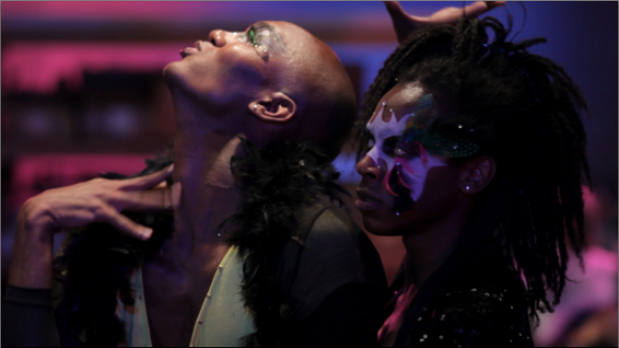 You’ve bided your time all week for this. Well, the wait is over. Plan your big gay weekend with our favorite options for LGBT community, arts, sports and nightlife set for Friday through Sunday.

Friday, April 20
“Leave It on the Floor” (top photo), a narrative film about gay ball culture, opens its theatrical run after last year’s highly lauded Out On Film opens @ Plaza Theatre. Read our preview and watch the trailer.

“Beginners” (second photo), the Academy Award winning film starring Christopher Plummer, screens for the Third Friday LGBT Film Series with discussion after the movie @ First E, 7 p.m. If you haven’t seen it, read our movie review and watch the trailer.

From Where I Stand launch party for this health program for young black gay men @ Evolution Project, 7 p.m.

Spring Beer Jam invites you to sample some of the best and keep the glass @ Amsterdam, 9 p.m.

Atlanta Bucks Purple Dress Run (fifth photo) is a bar crawl not to be missed. Starts @ Mixx, 12 noon. Read our tips on how to work it at the PDR.

Atlanta Trout Beer Bust (seventh photo) lets you get to know while you help out the local gay swim team @ Cowtippers, 2 p.m.