The aftermath of Paul McCartney in Piedmont 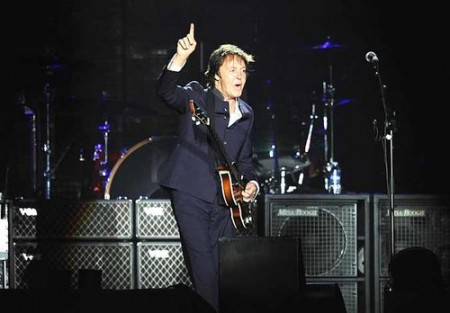 The Piedmont Park Conservancy, known more for its heavy-handed management of Piedmont Park than its sense of humor, probably wasn’t laughing Saturday night, either.

That’s when rain drenched about 40,000 people packed into the meadow of the city’s crown jewel as they listened to the two-and-half-hour set of Sir Paul McCartney. You see, the Conservancy was holding the Green Concert to raise millions for a 53-acre expansion of the park. They hoped to sell one less than 50,000 tickets so they could skirt the city’s regs on holding large-scale events in the park.

Turns out, they sold about 10,000 less than they had hoped, meaning their fundraiser — tickets ranged in price from $85 to $400 — will fall short of its goals. The crowd got drenched and people trashed the park while they were in it.

Which leaves us — and scores of gays around town — chuckling under our breath at the troubles the Conservancy encountered this weekend. After all, it’s the same group that helped push the Atlanta Pride Festival out of the park in 2008 — nearly crushing the annual event — and struck an agreement to allow it back this year in late October. But it was only after agreeing to the compromise that the Conservancy publicly announced the McCartney concert, an event so large to anyone other than the Conservancy that it cast doubts on the group’s intentions in supporting the removal of large-scale events to protect the park.

That move didn’t sit well with supporters of Pride, who felt the Conservancy wasn’t above aboard and again put its interests above those of the public. Meaning, Pride was forced to late fall if it wanted back in the park supposedly to limit any damage to the facility, only to see the Conservancy stage a concert that included a massive stage, closed portions of city streets and trashed the park.

Recent renovations to Piedmont have improved its athletic fields and revamped the pool area, which hosted a wildly successful Joining Hearts there last month. So it makes sense to support those efforts.

But when the Conservancy strong-arms festivals only to turn around and hold a large-scale event for their own benefit, we can laugh a little at their troubles. After all, it’s about the only thing we can do, since the City of Atlanta’s parks department continues to let the Conservancy run roughshod over everyone else. Karma, baby, karma.