Longterm love, short-term disagreements and queer life passing you by 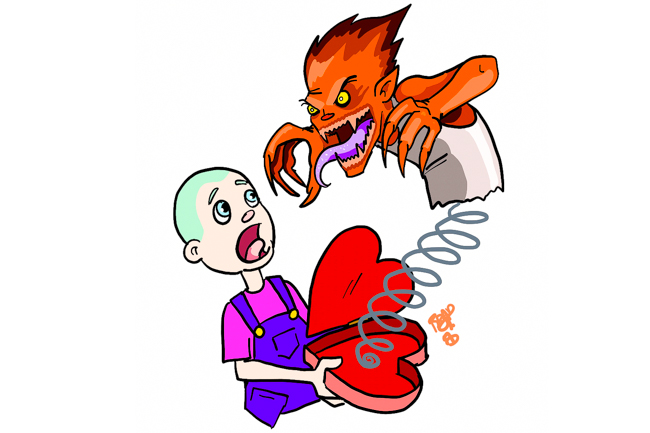 There are times you thought you knew what you wanted but were surprised when you got it.

From bad love to good trouble, it’s never too late to rethink your priorities.

I’m hopelessly in love, emphasis on hopeless. I’ve been with the same man for two years – the longest I’ve ever stayed with a guy. We’re sexually compatible, and on a good day he makes me laugh. Those bad days though! Ugh!

It started as passive-aggressive comments, then became outright belittling my every move. These days, I can’t make a decision without a critique from him, even in front of friends. I want to give him a second chance because I really love the guy, but what I see as insults he says is helping me be better.

What can I do to get him to stop before everything is ruined?

Everything is already ruined. If this were a couple months in, you might try talking to him or counseling. After two years, he already had a second chance, and a third, and a hundredth.

You don’t need help being better . You need a boyfriend who sees you as already amazing.

Knowing when to walk away is hard, but it’s often the best thing you can do for yourself. The quicker you pull the trigger, the less energy you spend making up for lost time.

When my boyfriend and I got serious years ago, we connected over hating heteronormative bullshit ideas of marriage. We loved not having the restrictions of government telling us how to live our lives and conduct our coupling.

Times change and so do people. Now he’s starting to talk about us as “husbands,” and I sense that he’s softening to the idea of harnessing our love to the system.

Start by talking it out. “Sensing” what he’s thinking may come easier with the years you two have under your belts, but it’s no substitute for just asking where he stands.

If he is interested in marriage, ask him why – not to respond, but to listen. Together you can decide whether to make a new agreement or stick with your old one.

Couples, straight and queer marry at the pace of a bad reality show, but each one should think carefully, then step back and consider again before going all in. Even with your time together, weigh the options and know your deal breakers before making the knot even harder to untie.

I spent many 80-hour weeks making partner at my firm, and now I’m ready to build a personal life. But at 37, the queer world has passed me by! I’m busy all the time, and no guys are interested. What should I do?

Too many people spend our younger years finding success without finding balance.

Life is short. Slow down and find a way to savor it. Define yourself by more than what you do for a living. It’s never too late to start.

Plenty of guys are interested in a partner with a good job who knows (finally) what he wants.