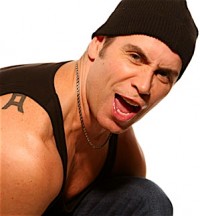 Change may be the theme for 2009, but the long-held Atlanta tradition of partying like rock stars the night before Thanksgiving continues with DJ beats at Heretic, Jungle, Opera, the Eagle and Bodyshop.

In the spirit of kicking off the holiday season with some feel-good, Jungle’s set with DJ Chris Griswold shares its proceeds with For The Kid In All Of Us, the group that gives gay Atlanta the annual Toy Party.

It’s a fierce battle for patrons on a night that traditionally brings out the gay boys who are either staying in town, or having one last fling before family time on Thursday. Traveling superstars are also packing up their bags of tricks for the occasion.

The legendary DJ Manny Lehman heads up the Butter Ball at Opera (top photo), and the so-hot-right-now-it’s-crazy Sin Morera turns out the tables at the Heretic (bottom photo). 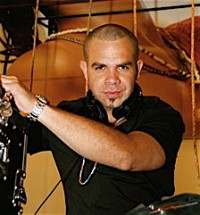 Before the demise of David magazine, Morera used his spot in the last-ever issue to show ATL some love in advance of Wednesday’s appearance.

“I love Atlanta, and every time I’m in Atlanta for a couple of days, I end up staying like two weeks. … I spent Pride in Atlanta and loved it.”

That’s quite a compliment from a New York-based DJ in demand in Italy and Australia, not to mention the American gay meccas. But maybe there’s another reason he likes our fair city so much in particular, including an extended stay after his Heretic set on Wednesday.

“I’m actually going to be spending about a week in Atlanta,” he told the mag. “I’m currently dating someone there, and I want to spend some time with this person.”

Good for Morera, and lucky us. Hey, we don’t mind why we get the seasonal harvest of benefits, as long as we do.

Another international sensation giving dance fans another reason to be thankful on Thanksgiving Eve, Lehman takes advantage of a longtime partnership with local party promoter Chris Coleman to stuff our turkeys with exactly what we want.

You can always count on Lehman to crush it in his sets, and the holiday just makes his return that much more bankable.

“This is Manny’s unprecedented sixth year in a row at Club Opera for Thanksgiving Eve,” Coleman says. “Put your vacation plans on hold, and come out to hear one of the most recognized gay DJs in the world.”

Also on tap Wednesday, the Eagle welcomes up-and-coming cutie DJ Adam Saunders, and local favorite DJ Brian Beck does things way up at the Bodyshop and way into Thanksgiving morning with his afterhours set from 2:30 a.m. to 7 a.m.

All of your favorite spots are open and pouring Wednesday night, and many gay groups are holding special events as well. View all of the Gay Agenda calendar of options for Thanksgiving Eve.