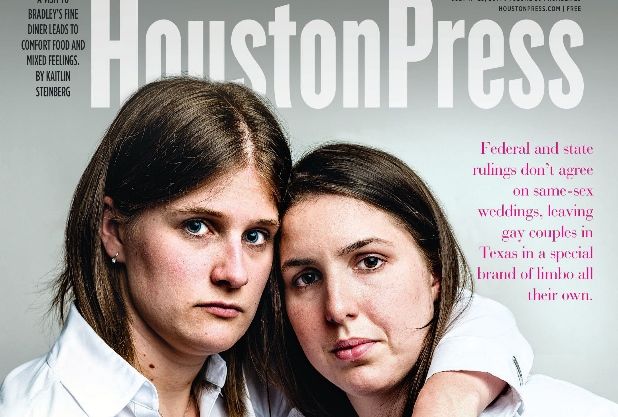 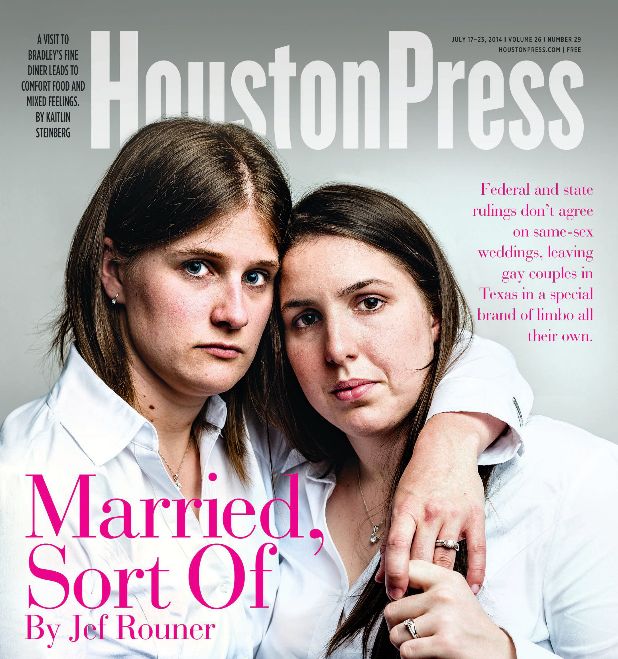 What happens when a gay Texas couple gets legally married elsewhere? They get smacked with the reality of their “skim-milk marriage” and their murky legal status.

Jef Rouner and the Houston Press take a deep dive into The Legal Limbo of Being Gay and Married in Texas and the complexities that gay-married couples face with name changes, health insurance, taxes, immigration, adoption, medical care and much more.

Hunt has a term for these sorts of loose arrangements that don't have the full force of marriage: skim-milk marriages.

Thanks to a 2005 constitutional amendment, Texas bans gay marriage. In February, U.S. District Court Judge Orlando Garcia ruled in De Leon v. Perry that the ban is unconstitutional, but stayed his ruling to make way for an appeal. Five other cases are pending in the state.

That's left gay couples from Texas who get hitched in any of the 19 states offering legal same-sex marriages facing a big mess after the honeymoon.

“We're seeing such a rapid movement now, with cases finding 100 percent for same-sex couples,” Hunt says. “In Texas, the powers that be aren't happy about it. Part of it is a fear of change. You see that in a lot of areas. You see it in gun control and immigration. It's not just same-sex marriage. There just is a segment of society that doesn't think it needs to change.”