Ten to get exterior ‘refresh’ during coronavirus closure 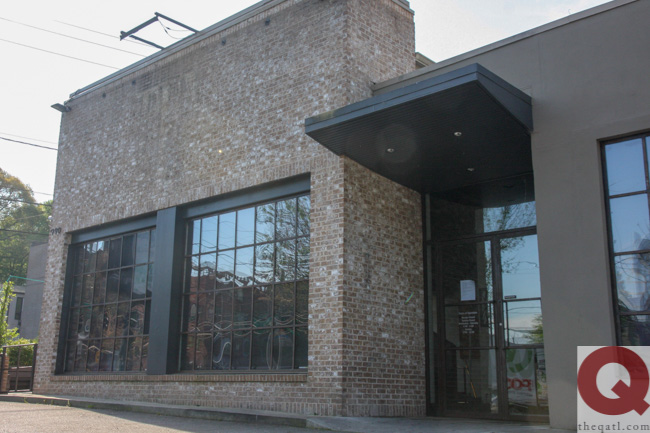 Ten Atlanta is getting a fresh new look on its patio, a new coat of paint for its exterior and a revamped logo as the bar remains closed due to the coronavirus pandemic.

Questions arose about the future of the popular gay bar on Monday after its signage was removed and its website and most of its social media accounts went dark. But Ten is staying gay and staying put, according to owner James Nelson.

“Every couple of years we do a refresh of different areas of the bar,” he told Project Q Atlanta. “It’s been that way since day one. I made a decision a few weeks ago that I wanted to revamp the patio, repaint the building and I thought it would be nice to refresh the logo at the same time.”

The patio will change to a tiki-style layout, the stucco part of the building will be painted “deep iron/charcoal” and the logo will change to the roman numeral for 10, according to Nelson.

“I thought this was the perfect time to do it while we’re closed,” he said. “It’s something we’re really excited about.”

The refresh will be completed in two to three weeks, according to Nelson. Ten’s website and social media accounts will be back online when the project is done. Only Ten’s Instagram page remains online as of Monday.

Atlanta Mayor Keisha Lance Bottoms temporarily closed all bars and nightlife venues in March due to coronavirus. Coq et Ouefs, the to-go food restaurant located inside Ten, remains open. Ten faced a social media backlash after patrons were spotted congregating around tables in the bar’s parking lot last month as they waited on to-go orders from CEO.City of Atlanta officials and the Atlanta Police Department said the bar was “in compliance,” according to a March 27 post on Ten’s Facebook page.

“I do not have a tentative date for that opening, but obviously we will keep everyone posted on that,” he said.