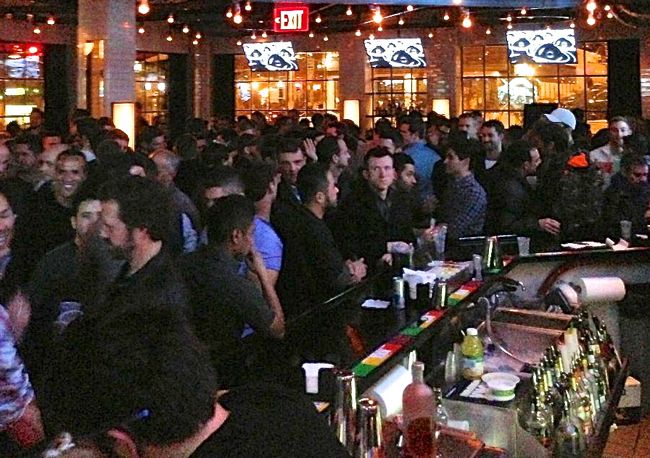 Restaurant by day, gay bar by night Ten Atlanta threw open its late-night doors and started pouring on Saturday to a packed crowd. The foodstuffs follow this weekend, making it official: The block-long corridor on 10th Street just got gayer. Ten Atlanta and gay owner James Nelson ironed out some issues with permitting and renovations to open the doors of the former 5 Napkin Burger. Crowds flocked in to enjoy cocktails and the upgrades to its restrooms and video and sound systems. And this Saturday, Chef Jennifer DePanicis opens the kitchen and offers up an All-American menu offering Short Rib Sliders, wraps, tacos, burgers and more. Gilbert’s beat Ten Atlanta in opening, offering up its chic expansion 10th & Piedmont in early December in the former Outwrite Bookstore space. But both concepts will make a play for the gay nightlife that has been owned for years on that street by neighboring Blake’s. How will the restaurant by day, gar bar by night work for Ten? They explain in a press release:

A thorough upgrade was tailored to suit its discerning gay clientele, including its restrooms. After 10 p.m., the kitchen closes and the space is transitioned into its bar layout.

And puff queens, Ten Atlanta is smoke-free. Thankfully. UPDATE: A spokesperson for Ten Atlanta says the restaurant's opening is being delayed until later this month. The bar remains open at night. Photo via Ten Atlanta