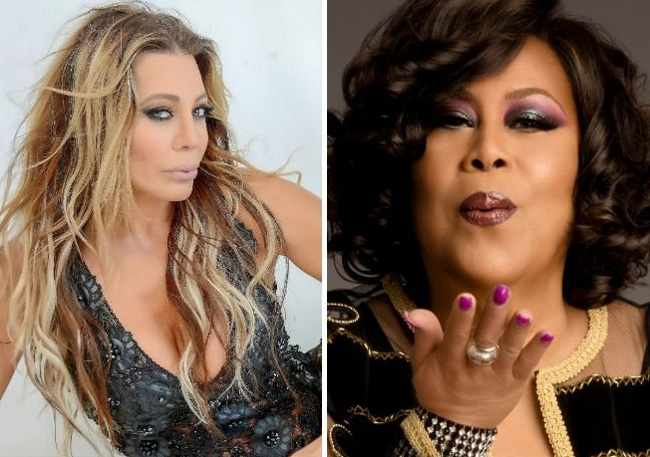 The Party With Impact ‘80s Concert & Dance Party takes place on Saturday at the Tabernacle, with proceeds helping the non-profit provide HIV care and support services.

Dayne (photo left), who’s best known for her hits “Tell It To My Heart,” “Love Will Lead You Back” and “Prove Your Love,” is ready to deliver the hits and get people dancing.

“It’s a full-band show so it’s full on,” she told Project Q Atlanta. “We’re coming straight from doing eight shows, so we’ll be in fine shape and fine form. To me, a show should be like a story and people have gone through the journey with you as an audience.”

Dayne is no stranger to playing LGBTQ Atlanta events. She played a show at the since-closed Jungle in 2010 and was an Atlanta Pride headliner in 2013.

“Through my 30 years of performance and releasing music, I’ve just never felt more loyal, more committed [to LGBTQ fans],” she said. “Watching the community grow in such an impactful way on all levels, with legal rights changes to family dynamic changes to marriage to children. It’s kind of extraordinary when you see it in our lifetime.”

Dayne has stayed busy after so many years in the entertainment business. This year, she’s released her memoirs and a dancefloor favorite single called “Live Without.”

“‘Live Without’ did quite well,” she said. “It was a club banger for the summer.”

Wash (photo right) brings her own illustrious track record to the Positive Impact benefit. She gained early ‘80s fame with the hit single “It’s Raining Men” as one-half of the duo the Weather Girls.

Then she transitioned into house music, garnering so many number-one songs on the Billboard Dance chart that she earned the title “The Queen of Clubland.” You’ll also recognize her voice on the platinum-selling early ‘90s single “Gonna Make You Sweat (Everybody Dance Now)” by C+C Music Factory.

Event organizers hope to raise $100,000 with the event, according to Olivia Chelko, PIHC’s vice president of development and communications.

“Proceeds from the show will be used to bring more people into HIV care in Atlanta and outreach efforts to help reduce those lost to care,” she told Project Q.

“We also use money from this event and the AIDS Walk to continue to offer free PrEP in the community. Our goal every year is to double our number of individuals on PrEP. We have over 700 on PrEP and want that doubled by the end of the year,” she added.

DJ Mike Pope will preside over a pre- and post-show dance party at the fundraiser.

Gay Atlanta’s calendar stays busy for “Winter Pride,” plus the closing of an institution, the return of a British legend, local revelry and more. Keep...
Read more
Nightlife

Boys on the bar is the mantra at Atlanta gay club BJ’s. The New Year’s Eve bump and grind gave revelers even more for...
Read more
Nightlife

Italian stallion DJ Iellamo opened wide for Atlanta on Friday. With the help of hostess Angelica D’Paige and patrons in white attire, they swallowed...
Read more