Tabatha Coffey brings her own reality to Atlanta 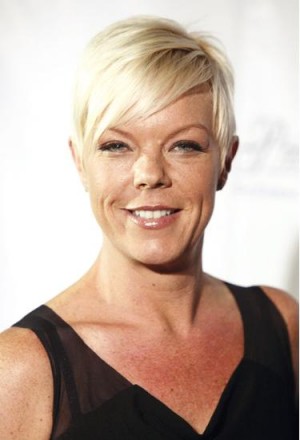 Atlanta salon owners take note: The bitch of Bravo – ok, one of the network’s bitches – comes to town this week and Tabatha Coffey might just drop in to tell you that your shit does indeed stink.

Fortunately for you, she’s coming to Atlanta for the first time in years to pitch her new book, “It’s Not Really About the Hair,” mingle with fans and drop a few nuggets of insight about how a Jersey salon owner turned a corner with a 2007 stint on Bravo’s “Shear Genius” and morphed it into her own popular reality show that’s in its third season. So, this trip isn’t about salons though she warns “you never know what might happen.”

“I take it very seriously especially when it comes to the show,” Coffey says in a recent telephone interview. “The stakes are really high for these people and I don’t have time to mess around and sugar coat things. That Tabatha is definitely me. But like everyone, there is a work personality, a home personality, a hang out personality.”

Don’t think for a minute that the tough-as-nails Coffey seen on “Tabatha’s Salon Takeover” is the creation of selective editing – she admits she’s probably even tougher on her staff at Industrie Hair Gurus in Ridgewood, N.J. Coffey owns her work and TV personality, but says passion is what drives her approach.

“The passion that I have is not manipulated into another persona. People have come to realize over three seasons, I am not the bitch that everyone perceives me to be. I am passionate about my industry and the salons I am going into and trying to help. I have my own approach to how I deal with things. I am not doing it to be mean, to be a bitch. I am truly doing it to try and help these salons get back on track,” Coffey says. 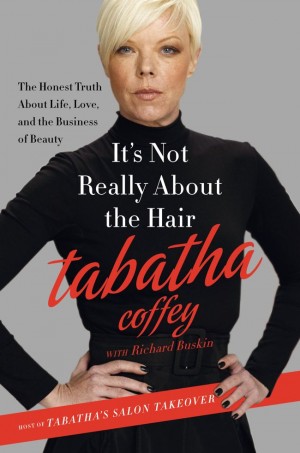 Coffey, 41, is turning another corner with her new memoir, allowing fans a personal glimpse that doesn’t get exposure on the Bravo show. The book discusses her colorful childhood spent in strip clubs, her rise in the hairstyling industry and the life experiences that helped shape the out lesbian. In other words, the book dishes on how Coffey embraced her own inner bitch.

“The book was actually prompted by my fans, people writing to me and asking questions on Facebook, through my website and on Twitter. The questions were really not about the hair — from how did I come out, why I am so ballsy. I really just wanted to address those questions with people,” Coffey says.

Not that she masks her personal life on the Bravo show. She’s dished with a gay salon owner about being one of them and being openly gay occasionally comes up during an episode. Coffey has done work with the NOH8 Campaign and the Human Rights Campaign. She’s also been in a relationship for 13 years, though she works to keep that away from her public persona to help, in part, balance her life.

“For me my relationship is my sanctuary. I am very happy for it and very respectful of it and I try to keep it as separate as I can out of respect of her and for the fact that I cherish it,” Coffey says. “I enjoy my home so when I am home, I do try to power everything down for at least a while but I do have a partner that is understanding of the fact that when I am working, I am working.”

“I am very much looking forward to coming. I am hoping that Atlanta is nice and warm for me–some humidity and heat and good food,” Coffey says.