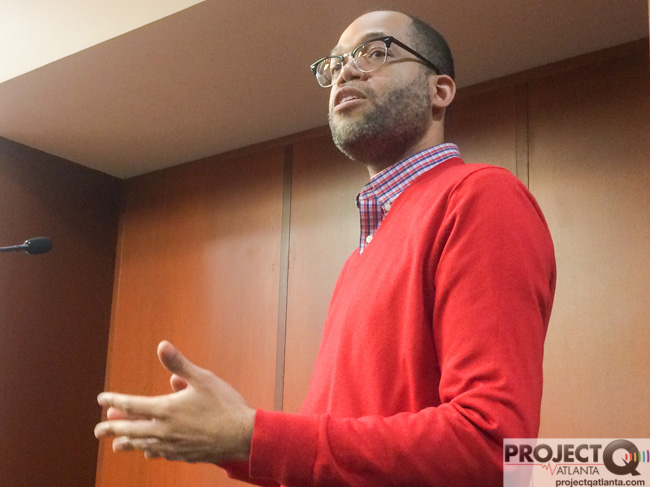 New cases of syphilis have skyrocketed nationwide in the last five years, and gay and bisexual men are responsible for nearly 70 percent of new infections, according to a recent report from the Centers for Disease Control & Prevention.

“I am not surprised,” said Quintin Robinson (top photo), an infectious diseases doctor at Atlanta-based AbsoluteCARE. “I see at least two to three cases of syphilis in my practice per week, primarily among gay and bisexual men living with HIV.”

What's driving the uptick in syphilis and gonorrhea cases is due to many factors, Robinson said. But he pushed back against an argument from critics of PrEP that the daily preventative measure against HIV leads gay men to engage in risky sex, and causes an increase in STIs.

“The STI rates were increasing amongst gay/bisexual and other MSM [men who have sex with men] long before the rapidly growing uptake in PrEP, but the increase in STIs is due to many things,” Robinson said.

He said that more routine STI testing – PrEP users are screened for STIs every 90 days – and the increase in condomless sex are factors. But so is treatment as prevention, which is treating people living with HIV to lower the risk of new HIV transmissions by taking antiretroviral medication.

The concept of “undetectable equals untransmittable” is also a factor, Robinson said. The CDC said in 2017 that when antiretroviral treatment results in viral suppression in those living with HIV, that prevents transmission to others.

So when it comes to these increases in STI rates, Robinson said not to blame PrEP.

“It’s reductionist and unproductive to blame PrEP, as it effectively prevents HIV, which is a big deal,” he said.

A 2016 CDC report showed that the rate of syphilis among gay and bi men was at least 40 times the rate of heterosexual men.