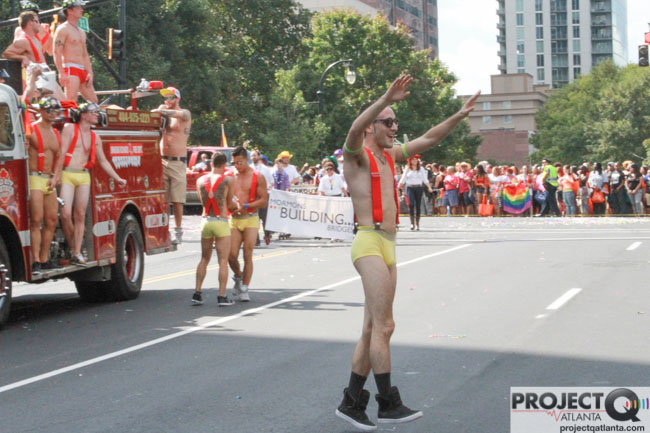 The gay strip club on Northside Drive owes more than $1.65 million to its creditors, most of which will go to to former dancers who sued the club over unpaid wages. The club will hire 20 female dancers to start by the end of July, according to owner C.B. Jones.

“We had to do it to support all the litigation from the minimum wage stuff to help supplement our income so we could keep Richards,” Jones told Project Q Atlanta.

“Absolutely not,” he said. “We have virtually no competition in Atlanta and it would be crazy to give up a near monopoly.”

The addition of female dancers will help provide work for former employees of three strip clubs that closed in Sandy Springs in September, according to Jones.

“I feel bad for all the girls losing their job in the suburbs,” he said. “We don’t use the building during the day, so we’re providing a place for them to work. But Richards is king of the gay community for adult entertainment.”

Swinging Richards filed for bankruptcy in May. The filing allows the business to remain open while it reorganizes its finances.

The $1.65 million debt includes six claims totaling $875,000 owed to five former dancers, according to the bankruptcy filing. More than two-dozen dancers sued Swinging Richards in 2014, arguing that the club violated federal law by not paying them minimum wage and charging them various fees to perform. They settled the case in March 2017.

Jones has remained adamant that the club will stay open.

“We will be here for years to come,” he said in May.

The club is also going smoke-free in January, thanks to a sweeping smoking ban passed by the Atlanta City Council this week.