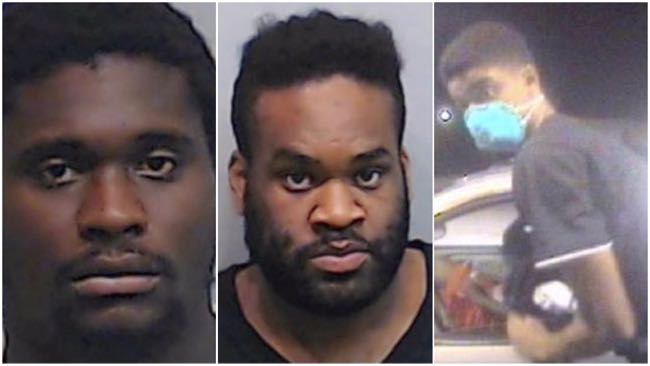 Police and the FBI captured a suspect in the murder of a gay Atlanta man on Wednesday, nearly three weeks after authorities say he and two accomplices lured their victim to his death using Grindr.

Lawrence Hines, 26, (top photo center) was arrested at a mental health facility in College Park on Wednesday afternoon. He surrendered without incident to Union City police and FBI agents. Authorities have been searching for Hines since Sept. 9 when two other suspects were arrested in the murder of Lester Roy Jones (second image), a 44-year-old man who lived with his partner in Union City.

“The one that killed him wasn’t caught until today. And that helps so, so much,” Patrick McDonald, Jones’ partner of more than four years, told WSB on Wednesday.

Police were tipped that Hines was at the facility in College Park, though it’s not yet clear why he was at the mental health center, according to Capt. Mike Jones of the Union City Police Department.

“He was at a mental health facility in College Park. We went up and got him in custody without incident. He elected not to give a statement,” Capt. Jones said.

Hines has been on the loose since he, Malik Mayer (top photo left) and Stephen Crowe (top photo right) allegedly lured Jones with Grindr to a trailer park in Fayette County for sex. But when Jones arrived about 8:30 p.m. on Sept. 2, he was kidnapped, bound with duct tape, beaten and tossed into the trunk of the vehicle he drove there.

Police said during a court hearing on Sept. 15 that the men then drove to an abandoned house in Union City – not far from Jones’ home – removed Jones from the trunk and stabbed him in the throat as he pleaded for his life. Jones died after choking on his own blood, according to the medical examiner. Police said Mayer told them that Hines killed Jones while he and Crowe remained in the stolen vehicle. Jones’ body was found in a crawl space under the house, police said.

Mayer, 20, and Crowe, 16, face several counts related to the homicide, including murder and aggravated assault. Hines was indicted on Sept. 16 and faces 11 charges, including murder and felony murder, kidnapping with bodily injury, robbery by force, aggravated assault with a deadly weapon, theft by taking and financial transaction card fraud. He is being held in the Fulton County Jail without bond.

After the murder on Sept. 2, the three men allegedly tried to use a debit card Jones’ had at two ATMS. The next day, the men then pawned a ring Jones had that his grandmother had given him. Then, police said, they fled to Chicago in the vehicle they stole from Jones.

Once in Harvey, Ill., a suburb of Chicago, the men apparently attacked and robbed a pizza delivery person. The victim was the owner of two Beggars Pizza locations in suburban Chicago. That man – former NFL linebacker and current state Sen. Napoleon Harris, according to the AJC – chased the men, who wrecked the vehicle they allegedly had stolen from Jones in Atlanta.

Police in Harvey found blood, duct tape, a tarp and bloody clothes in the trunk of the crashed vehicle, authorities said.

The three suspects fled the wreckage and at least Crowe and Mayer returned to Atlanta on a Megabus. They surrendered on Sept. 9 after seeing Crowe’s photo on a TV news broadcast. But Hines remained on the loose as a task force of federal law enforcement officers searched for him. 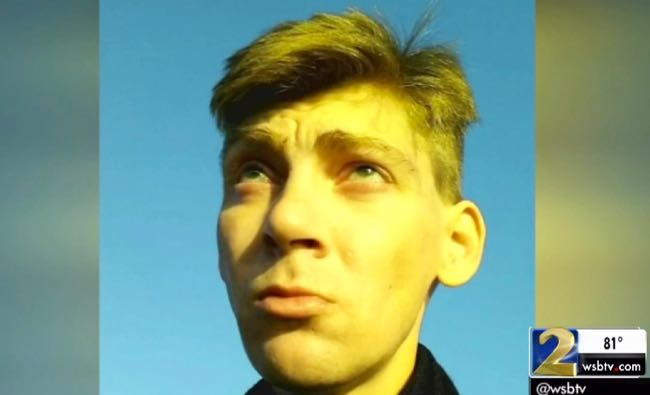 Hines is also wanted in Iowa for what police said is his role in the kidnapping, torture and stabbing of a man in Burlington last October. In that case, Hines and a second man, Jonathan Smyles, are accused of using an 18-year-old female, Dovie Jean Manning, to lure the victim to her apartment. Once inside, the two men allegedly attacked the victim and knocked him unconscious, according to the Hawk Eye.

When he awoke, he was tied to a chair in the living room of the apartment.

During the next several hours, the victim told police, he was “burned with an object, cut with a knife and punched numerous times” by Hines and Smyles. During the attack, the two men took cash and other belongings from the victim.

The victim told police he remained in the upstairs bedroom until his assailants fell asleep. He then was able to crawl out of an upstairs bedroom window and flee his abductors. He went to his home about 2:40 a.m. and notified police of the abduction. He told police where the crime occurred.

After the October 2015 incident, the FBI issued a fugitive warrant for Hines when he fled Iowa as the agency assisted Burlington police with trying to capture him, according to Special Agent Stephen Emmett, a spokesperson for the FBI in Atlanta.

Police said they hope the arrest of Hines helps bring closure to friends and family of Jones.

“Hopefully these guys will get the justice they deserve,” Jones added.

McDonald – who described Jones as “the nicest peson in the world” – has launched a Go Fund Me campaign to raise funds for Jones’ funeral. Some 49 people have donated $2,350 since the fund was launched earlier this month.

A private memorial service is being planned to bury Jones next to his grandmother in Picayune, Miss., McDonald said.