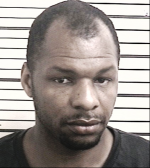 Authorities investigating the homicide of a 20-year-old gay Snellville man are awaiting the results of toxicology tests and an autopsy before moving forward with additional charges.

The body of Lashon Lee Douglas was found March 18 in a trash container on Ga. 137 in Taylor County, which is south of Atlanta between Columbus and Macon. It’s about 100 miles from his mother’s home in Snellville, where he had recently moved.

Eric Riley (top photo), a 35-year-old truck driver, faces three charges related to Douglas’ death, but has not been charged with killing him. Authorities searched Riley’s home in Box Springs, which is about 30 miles west of where Douglas’ body was found, on March 23 and found evidence linking the two men. 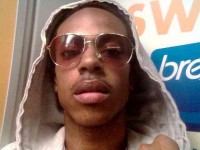 Douglas (bottom photo) has been identified as gay. The Georgia Bureau of Investigation, which is assisting the Taylor County Sheriff’s Department with the investigation, would not confirm Douglas’ sexual orientation.

But Douglas and Riley did have a relationship, according to Rodney Wall, special agent in charge of the GBI office in Columbus. The two men had contact the weekend prior to Douglas’ body being found March 18, the GBI said.

“I am not going to comment on his lifestyle,” Wall said Tuesday. “But they had a relationship and it was mutual. That is my understanding from everything we’ve learned.”

“They hooked up one way or another. I don’t know the circumstances on how they met right now,” Wall said.

Riley faces charges including concealing Douglas’ death and tampering with evidence. LeShon Douglas Sr. told the Atlanta Journal-Constitution last month that he had no idea how his son and Riley met.

LeShon Douglas Sr.’s voice was sad and low as he talked about LeShon Jr.’s love of music and theater. He said his son was outgoing, played tuba in the marching band at Pebblebrook High School in Mableton and performed in plays during middle school.

“We have no earthly idea” how this happened, the Marietta man said.

LeShon Douglas Sr. said he last spoke with his son March 13, and there didn’t seem to be anything wrong. He said he does not know why his son would travel to Taylor County.

His son had moved in with his mother in Snellville about a week ago and was learning to become a hair stylist.

Wall has said that Douglas’ body showed no signs of a stabbing or shooting, but some bruises were visible around the face and neck. It was unclear, according to media reports, whether Douglas was killed in Taylor County or if his body was brought there.