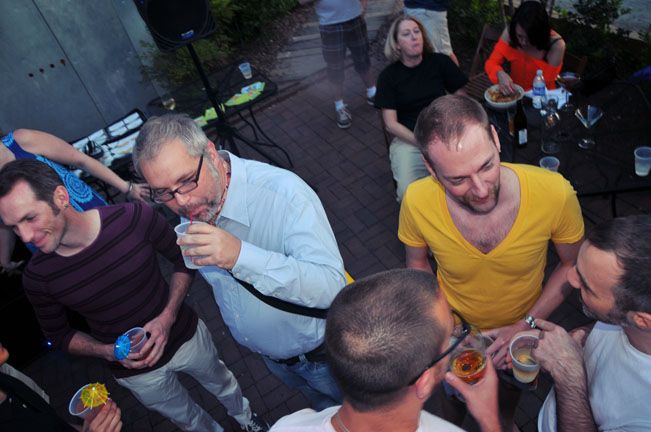 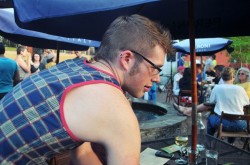 Popular local DJ Vicki Powell is one busy woman. If she’s not occupied by a triple-header of weekend events, she’s planning the next FLUX or spending her Sunday on the patio of a gay-owned eatery.

We caught up with her on April 18 at the season opener of SUNsets on the Patio @ Noni’s, the Sunday evening outdoor dance party that proved popular last summer. Powell was joined by guest DJs and a fun crowd for music, dancing and drinks on the patio of Noni’s Bar & Deli on Edgewood Avenue. The turntable master says to expect the event once a month. 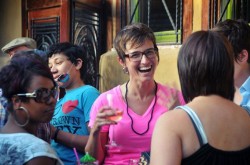 It was just a few weeks ago that Powell toughed it out through a triple-play weekend, when she appeared at Aurum, Bellissima and Mixx in a span of three days. Her original monthly dance party, FLUX, returned on March 5 and she’s currently preparing for the event’s move to the Livingston on May 8.

How’s she keep up the pace? “That’s an ancient DJ secret! I could tell ya’, but I’d have to kill ya’,” Powell told Project Q Atlanta in a recent interview.