Sunday: 20 gay things to do in Atlanta today

Everybody needs a little down time, and today’s the day. Pamper yourself and your friends with LGBT gatherings for sports, food, plays, drag shows, a titled pageant and retro idols in concert. 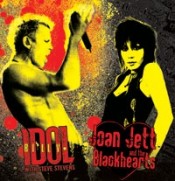 • Support when you need it. There’s never a need to go it alone when there’s the LGBT-inclusive Frankly Open AA/NA Group @ St. Bartholomew’s Episcopal Church, 4 p.m.

• The battle for the crown. Watch contestants turn it out for a chance to become queen of the Miss Utopia 2010 Pageant (bottom photo), 8 p.m.