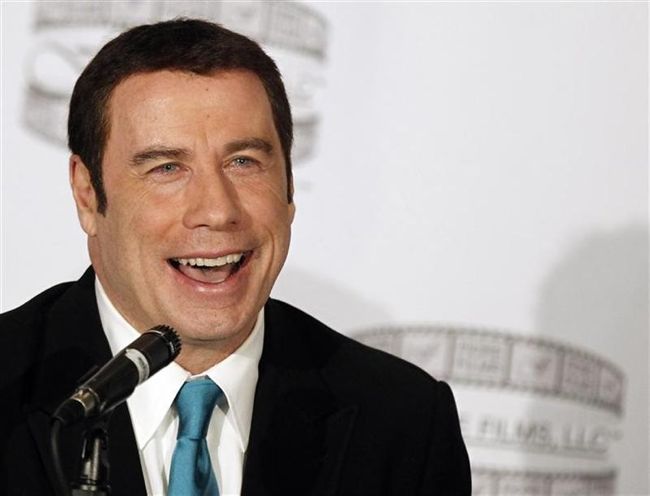 The allegations of John Travolta’s touchy feely gay sex shenanigans now include charges that the actor wanted a second masseur to touch his anus as he humped the table during a massage in an Atlanta resort earlier this year. First, a male masseur filed a $2 million lawsuit against Travolta, alleging that the actor was semi-erect, wanted to jerk off the masseur and groped him during a session inside the Beverly Hills Hotel. On Wednesday, Radar reported that a second masseur was added to the lawsuit, alleging that Travolta took similar actions during a Jan. 28 session in a 15th floor room of an Atlanta hotel. At the time, Travolta was in Atlanta filming “Killing Season” with Robert DeNiro. In the alleged Atlanta incident, Travolta repeatedly removed a sheet covering his legs and feet and claimed that “the sheets were sticky and could not tolerate the sheet.” Travolta also allegedly told the masseur that he wanted him to use his hands, not elbows or forearms, and that “he likes a lot of ‘glutes’ work, meaning a massage on his buttocks.” “Defendant would open his legs and spread his butt cheeks open, and had a full erection and would maneuver in a way to try to force Doe Plaintiff No. 2 to touch his anus and around his anus,” according to the lawsuit. “Doe Plaintiff No. 2 observed that Defendant’s butt checks and rectum were very red and chapped as though there had been a lot of movement and friction.” Travolta also allegedly tried to put the masseur’s hand on his erection and later had to pull away when Travolta grabbed between his legs and rubbed his upper thighs and butt. “The Defendant still had an erection, and wanted his abdominals done but Defendant’s erection was in the way and he refused to have his penis covered by a sheet or pillow case cover,” according to the lawsuit. Travolta’s lawyer, Marty Singer, lashed out at the accusations in the lawsuit. "This second 'anonymous' claim is just as absurd and ridiculous as the first one,” Singer said in a statement. “However, the claim by Doe #2 is just as fabricated as the claim by Doe #1. Our client will be fully vindicated in court on both of these absurd and fictional claims." Travolta didn’t enjoy a happy ending, but Next Media Animation does by setting the allegations to animation with a “Saturday Night Fever” soundtrack. John Travolta Amended Lawsuit