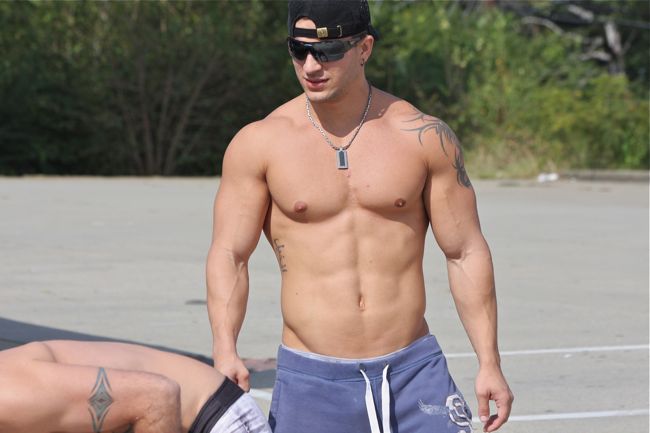 VIEW MORE PHOTOS | Atlanta Titans & Swinging Richards Studs & Suds Carwash Some 16 dancers from gay strip joint Swinging Richards spent a sunny Sunday afternoon grabbing their hoses, getting wet and spraying one another down. Oh, yeah. Some cars got washed for charity, too. It was the second rendition of the Studs & Suds Carwash, which unfolded glistening pec after chiseled ab in the parking lot of the bar on Northside Drive. The dancers – we couldn’t take it any longer after counting to 16 – joined with the Atlanta Titans to raise funds for the Hotlanta Softball League team. How did it compare to last year's Studs & Suds? Compare for yourself. A steady stream of dirty cars, SUVs and trucks made their way through the parking lot under the watchful eyes of their owners as the dancers from Swinging Richards traded their time on stage for a few hours of cleaning rims, scrubbing steel and washing windows. All this while shirtless and flexing. The softball team – including Mr. Hotlanta Softball League Tony Alvarez (second photo left) – used their towels to clean up after the dancers. Of course they did. The carwash tally surpassed $1,000 and more than a few overworked libidos, funds that will support the softball team and its year-end donation to the HSL charity this season, which is the It Gets Better Project. The bar has been on a bit of a publicity blitz of late. They provided the hunk factor for the debut of Man Hot Thursdays last month at Jungle, added to the ablicious factor for a pool party fundraiser by the Atlanta Gay Men’s Chorus and banned smoky butts on Wednesdays. 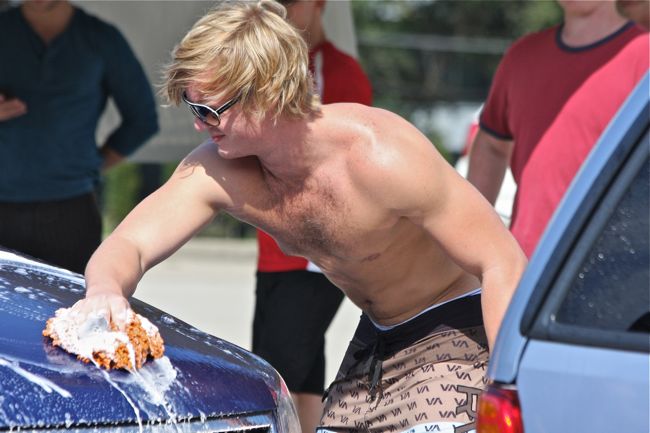