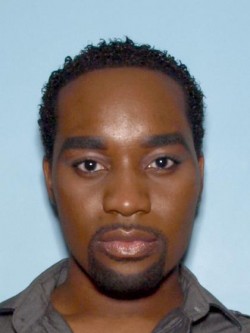 How’s this for a hair-raising experience: A flap over bad hair apparently led a competing stylist to shoot up the Buckhead salon of Derek J, one of the gay sidekicks on “The Real Housewives of Atlanta.” It’s an incident that’ll make you clutch your weave while doing the gay gasp. Atlanta police are now on the hunt for Corwin C. Pledger, who is accused of confronting a stylist at Derek J’s J Spot Salon on March 14, brandishing a weapon and firing a single shot into the floor. What made him flip his wig? Neffe Pugh, sister of Atlanta singer Keisha Cole, went to Derek J to have her hair redone, unhappy with Pledger’s work. “Nobody really knew he was going to pull out a gun,” Derek J tells WSB. “We know who the person is.” Video via WSB and Fox 5