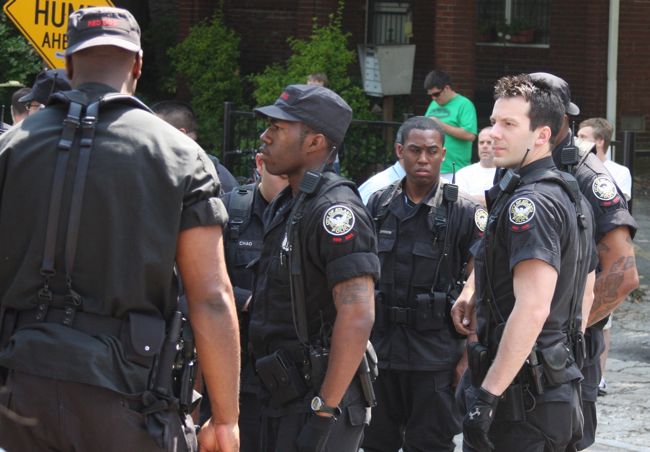 With surprising speed not seen when the city settled its federal lawsuit over the Eagle raid, an Atlanta City Council Committee on Tuesday ok’d the payout to the two men, with the full council expected to follow on Aug. 15.

And – insert our surprised face here – two of the officers involved in this case played a role in the September 2009 Eagle raid. It’s the sort of link that makes you wonder: If the city had acted more quickly to address the problems uncovered in the Eagle, would this traffic stop incident have been avoided?

The two men went public in January with details of a traffic stop in June 2010 in which they were pulled over by APD’s Red Dog Unit, ordered to pull down their pants on the side of the road and spread their cheeks – yes, those cheeks – for a visual cavity search.

Enter the lawyers, one of which was Dan Grossman, the gay attorney who led the team that prevailed in the federal lawsuit over the Eagle raid.

Police Chief George Turner disbanded Red Dog shortly after the allegations surfaced and later created a similar tactical unit with some of the same Red Dog members. Three officers were implicated in the traffic stop; one was cleared; two were found to have violated the agency’s regulations and one of them, Cayenne Mayes, was among officers fired for lying during investigations into the Eagle raid.