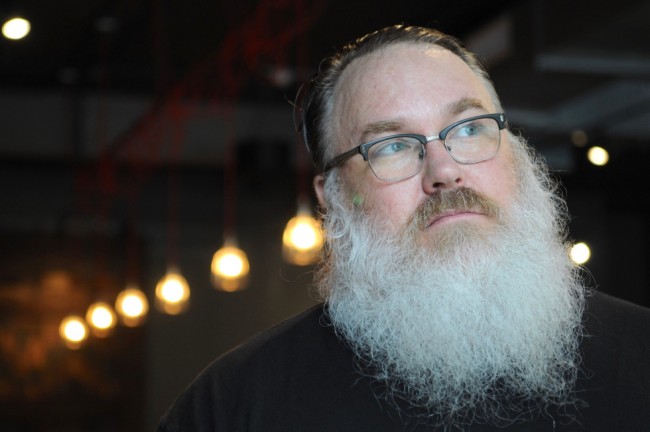 Burkhart’s is now and officially no more, and what happened there is the story of the times we live in. It’s increasingly difficult for the bad people of this world to hide their intentions, especially when they post them on Facebook with the privacy set to public.

What our community did next may be the wave of the future. It mobilized and unified and the entertainers, many, if not most, of them drag entertainers, that performed at Burkhart’s throughout the week all came together to quit.

As an entertainer myself, one who just quit his day job to pursue stand up comedy full time, I can imagine the incredible bravery it took for these performers to walk away from their established shows and the economic uncertainty of whether they’d be able to recreate that success at another space.

That’s where the community outside of Burkhart’s really stood up and so many shows are already finding new homes and thriving.

What surprises me most is the evolution of drag in this city. Not too long ago, the most accepted and frequent racism I experienced in queer culture were drag queens emceeing shows in various venues throughout the city.

I’m not talking about the subtle racism of dress codes, cover charges or the designation of certain nights for certain races or ethnicities. I’m talking about overt racist and racial humor that was at least a small part of seemingly every drag show I attended for years. It was always in the guise of the crowd work drag queens are famous for. It would always go down the same way.

A queen would see a person of Asian descent in the audience and the references to Buford Highway, rice queens and other more offensive epithets would be directed at that person throughout the night. I watched a drag queen once find out a group was in town from Brazil and then proceeded to tell them they were in the wrong part of town and “Buford Highways is el thata way.” When they didn’t get the “joke,” she just said all of it again but this time “comically” slow and patronizing as I and many others cringed in their seats.

God forbid you were a person of color who didn’t embody whatever stereotype a drag queen was placing on you in their “conversation” with you, or you’d be cast as an “oreo,” or perhaps the most damning of all: “a black man without a big dick”.

To be fair and historically accurate, the reaction of the crowd was often positive to this kind of behavior. If the people being made the butt of the joke were offended, they were cast as people who couldn’t take a joke and shouldn’t be at a drag show.

That was me. For all my love of drag performance, I just never liked what was happening between the performances. I didn’t think it was funny at all, and was at a loss as to why this would occur in a gay bar, the places we are told as young queers are our “safe spaces.”

That’s why what happened at Burkharts is such a revelation. It wasn’t the physical bar that was the safe space, it was the metaphorical space created by the performers and their audiences, and that is a resource beyond the brick and mortar of the physical gay bar.

We are in the age where the “gay bar” was inside us all along. We are the start of safe spaces by our intentions and our actions, and no building will ever house that completely.

So here’s to the idiot racists, until they are distant memory of a less evolved society. May their privacy always be set to public, and the receipts necessary to shut them down be abundant.

Ian Aber is a queer professional comedian living in Atlanta. Follow him at comedyian.com, and on Twitter and Instgra @ABearComedian. Photo by Joeff Davis courtesy Aber.

This article originally appeared in Q magazine. Pick up your hard copy this week, and read the full issue below: