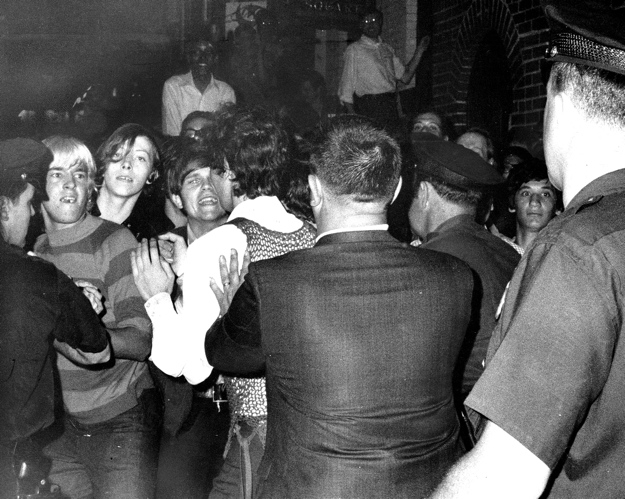 Filmmakers Kate Davis and David Heilbroner originally saw their documentary “Stonewall Uprising” as a one-hour PBS special, but as they assembled footage, they realized they had enough for a feature film, opening Friday in Atlanta.

The film, opening with Out On Film as part of several special events and in conjunction with Atlanta Pride’s official slate of Stonewall Week events, chronicles that fateful night on June 29, 1969 at The Stonewall Inn — a Greenwich Village gay bar — that forever changed the landscape for gay men and women.

At the time, it was still illegal to be a homosexual, and many thought homosexuality was a mental illness. On that night, police raided the bar and patrons stood up and refused to be arrested, leading to days of rioting afterwards. Approximately a year later, activists gathered and formed the first gay pride parades in several cities across the country. 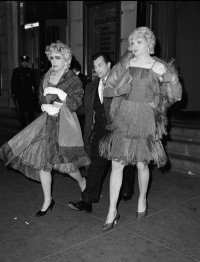 “Stonewall Uprising” (photos) features archival footage alongside interviews with Stonewall patrons, reporters and cops to paint a picture of what happened and what the times were like.

Davis and Heilbroner have been working together for 15 years directing and producing films, and this is their 10th collaboration. A lot of that work has been LGBT related. Davis directed and produced the acclaimed “Southern Comfort,” which dealt with the life and death of a female-to-male transsexual.

The book “Stonewall: The Riots That Sparked the Gay Revolution,” written by former Atlantan David Carter, was a perfect guide for them as they made the film, Heilbroner says.

“What made [the film] possible was David’s book,” he says. “He did 10 years of research and fact checking. It’s because of him that we were able to do this film.”

The interviews came pretty easily, Heilbroner says. One of his surprises was Seymour Pine, a former NYC morals cop who was in his ‘90s and in a nursing facility when they spoke to him. 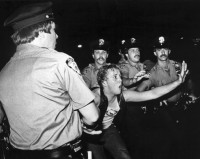 “We never expected for him to show this kind of insight,” Heilbroner says. “He’s a straight police officer who really felt bad. He took orders and went through the motions, doing things that he realized were wrong.”

Another surprise for the filmmaker has been the varied reactions from audiences.

“Many people laugh at the archival footage, such as the newscasts from the time,” he says. “There is now such a distance from it that it’s awful. But it’s very emotional for some people too.”

He admits that while many folks have a vague notion of what Stonewall was really like, “many didn’t realize the sheer significance,” Heilbroner says. “I’ve even had historians who cover the civil rights movement tell me what they learned from the film.”

While Heilbroner thinks the climate of the country has changed dramatically since Stonewall, he feels more progress can be made.

“In huge ways we have progressed,” he says. “We can walk down the streets with our partners, but we but are a slightly homophobic society – we don’t study gay rights in schools. We have a way to go.”

Several events will be coinciding with the film’s opening weekend. On Friday June 25 after the 7:10 p.m show, Atlanta Pride and Out on Film host a sign-making gathering in advance of Saturday’s “Be Visible, Make a Statement” Rally & Community Photo Shoot.

On Saturday, June 26 after the 7:10 p.m. screening, Out on Film hosts a discussion with people from the Atlanta Eagle raid last year, who will talk about their case and draw parallels between what happened at Stonewall and to themselves 40 years later.

Also on Saturday, after the 1:05 p.m. screening, talk with former New Yorker Louise Covington, who was present in New York after the Stonewall riots.

Jim Farmer is an Atlanta-based freelance writer and public relations professional specializing in film promotions. He is the director of the annual Out On Film, Atlanta’s gay and lesbian film festival and in charge of the “Stonewall Uprising” special events. He has been a theater, film and pop-culture critic for more than a dozen years.