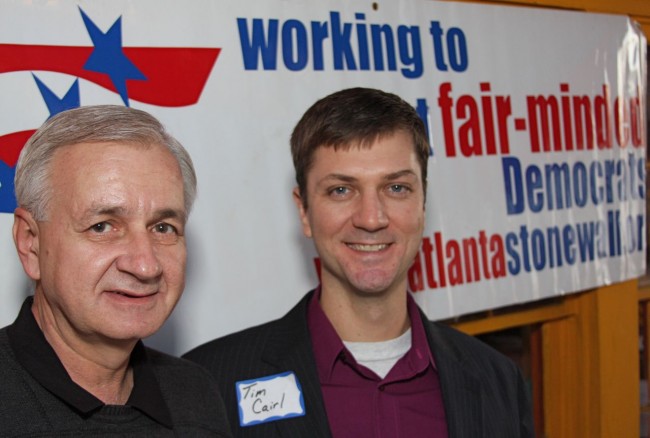 Tis the season for political endorsements and Atlanta Stonewall Democrats celebrated theirs on Wednesday with candidates aplenty during an event in Midtown.

On hand during the mixer at Las Margaritas were seven of the eight candidates Stonewall is backing this campaign cycle, along with a handful of other hopefuls looking for support from gay voters.

The group announced in late September that they are backing four gay candidates — Adam Brackman, Steve Brodie, Simone Bell and Kyle Williams — among eight overall candidates in local races. The group also supports Ceasar Mitchell, who is running for Atlanta City Council president, and mayoral candidate Kasim Reed. The mayoral endorsement put Stonewall at odds with Georgia Equality, which is backing Lisa Borders in the race.

In its support of Brodie for the District 6 post on the Atlanta City Council, Stonewall became the only gay group to pick a candidate in that race, which includes three gay candidates among six overall who seek the Midtown seat. Georgia Equality opted to stay out of the race.