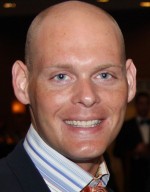 Local gay political activist Kyle Bailey is taking charge of the national Stonewall Democrats as interim executive director while the organization searches for its new leader.

Bailey, 26, was promoted to chief operations officer of the group in July; he joined as its national and chapter development director in June 2008. Stonewall Democrats cited his appointment as interim executive director in a press release Monday announcing the departure of Executive Director Jon Hoadley. She is leaving to head a grassroots organization formed in Kalamazoo, Mich., to fight an effort to repeal the city’s nondiscrimination ordinance.

Prior to his work with Stonewall Democrats, Bailey served as political director of Georgia Equality for nine months in late 2007 and 2008, community relations director for YouthPride and deputy finance director for Jim Martin’s unsuccessful campaign for lieutenant governor in 2006. A native of Hiawassee, Ga, Bailey graduated from Young Harris College in 2003 and the University of Georgia in 2005.

“I’m going to be aggressive in the position. I’m going to work closely with the board, we have a great group of people,” Bailey tells Southern Voice. “The ball won’t be dropped, we’re going to continue to push forward and continue to give people the work.”