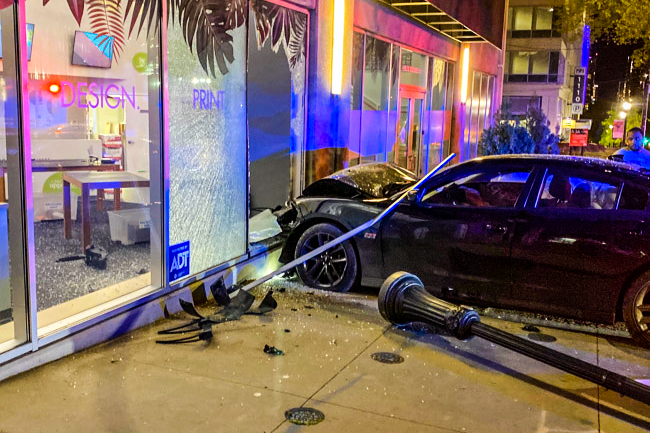 The driver of a car stolen in Midtown crashed the vehicle into Creative Approach, knocking down a street pole and shattering several windows at the gay-owned print shop.

“The police said they were going at a high rate of speed and slammed on the brakes and went right into the building,” Creative Approach owner Cale Hall told Project Q Atlanta. “I know that if I’m going to steal a car, I’m gonna learn how to drive it.”

The incident happened around 9:30 p.m. on April 2, according to Atlanta police. The car’s owner left the 2019 Dodge Challenger running outside of the 77 12th apartment tower when it was stolen. The suspect, later identified as 29-year-old Cameron Cimone Anderson, crashed the car into Creative Approach just two blocks away.

Anderson fled on foot before police apprehended him on 11th Street, according to Officer Anthony Grant. The suspect had minor injuries.

“Mr. Anderson was arrested and taken to Grady Detention charged with leaving the scene of an accident, driving on a suspended license and auto theft,” he said.

It’s not the first time Creative Approach has been turned into a crime scene. Thieves smashed their way through the front door of the business with a rock and took 20 iMac computers in July 2015. The store was broken into twice more later that year.

When Hall got the call about the car crash last week, he thought it was another robbery.

“We were broken into three times before, so my first thought was, ‘Well they’re finally doing a crash and grab,’” he said. “But it was just somebody stupid who didn’t know how to drive.”

There was no damage inside the business, according to Hall.

“Just a lot of glass,” he said. “Looks like they’re going to have to replace all four windows up front.”

The windows were still boarded up on Monday.

Most of Creative Approach’s employees are working from home during the coronavirus pandemic, according to Hall. No one was at the business during the time of the crash. 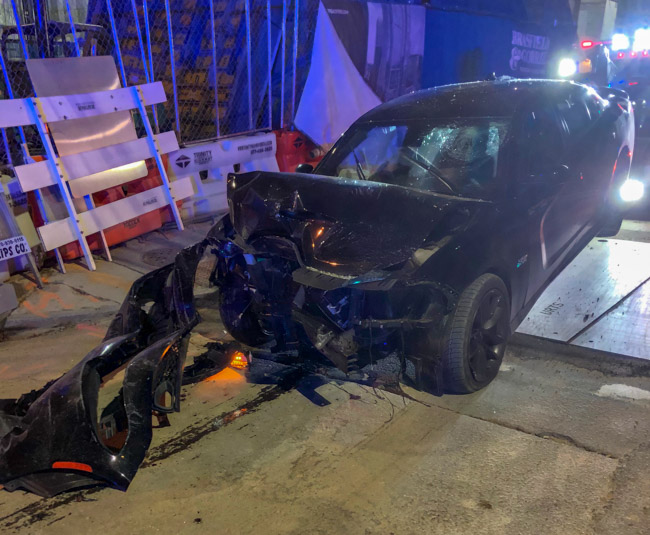 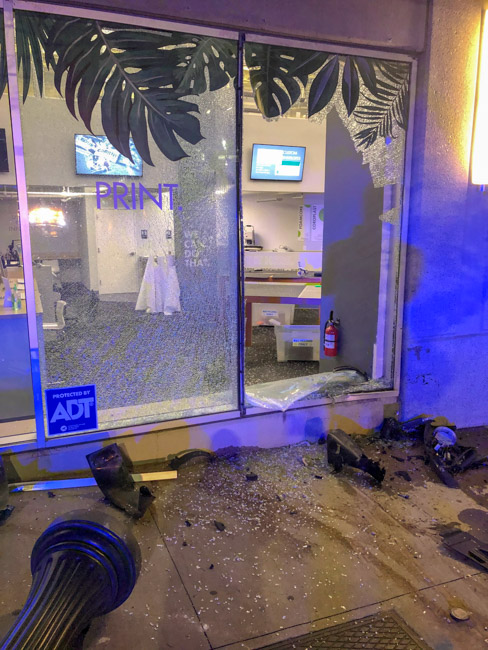 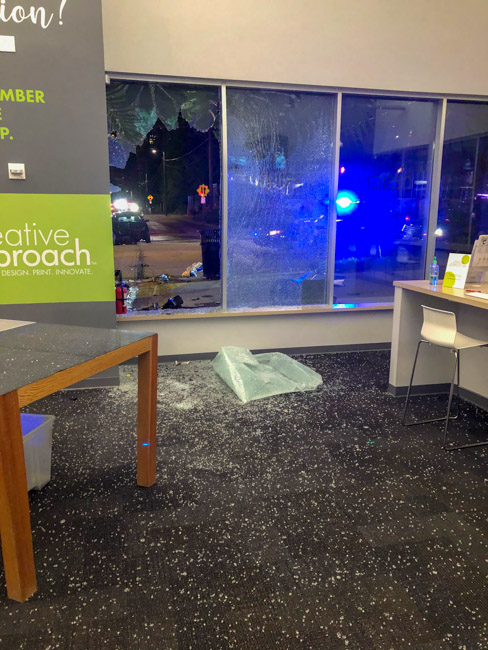