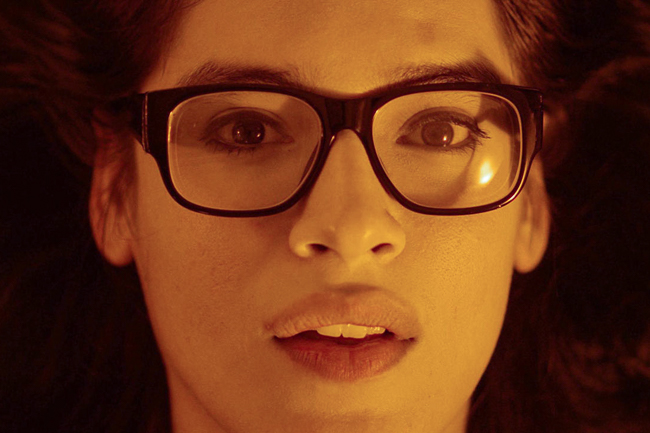 Atlanta’s LGBTQ film festival holds a special place in Q hearts. Over 11 days at three venues, the 2019 event on Sept. 26 — Oct. 6 features a whopping 126 screenings at three venues, where we can count on the festival for quality content in a variety of genres for an array of LGBTQ audiences.

Also expanding for OOF 2019 is Q’s sponsorship, which lays queer love on the six films previewed on the following pages. With love of family, partners and the self at the forefront of the Q Spotlight series, keep flipping for info on all of our selections, including interviews with fest guests like Sam Harris of Ham: A Musical Memoir (photo, this page).

Whet your appetite here, keep your eyes peeled for interviews of fest guests on our site, and visit outonfilm.org for the full lineup and tickets.

In response to a wave of discriminatory anti-LGBTQ laws in Southern states and the divisive 2016 election, the San Francisco Gay Men’s Chorus embarks on a tour of the Deep South. Over 300 singers traveled from Mississippi to Tennessee through the Carolinas and over the bridge in Selma, Ala., performing in churches, community centers and concert halls in hopes of uniting communities in a time of difference.

The journey also challenges chorus members who fled the South to confront their own fears, pain and prejudices on a journey toward reconciliation. What emerges is a less divided America, where the lines that divide us — faith, politics, sexual identity — are erased through the soaring power of music, humanity and a little drag.

The Garden Left Behind

This film traces the relationship between Tina, a young Mexican trans woman, and her grandmother Eliana as they navigate Tina’s transition and struggle to build a life for undocumented immigrants in New York City.

As Tina begins the process of transitioning, Eliana struggles to understand and fears that their life together in America is no longer what they bargained for.

Tina finds camaraderie in a small but mighty transgender advocacy group, but soon finds herself having to fight for the life that she’s meant to live — facing violent threats, seemingly insurmountable medical costs, questions about her immigration status, and increasing skepticism from the man she loves.

Flavio Alves is expected in attendance.

Before You Know It

This Sundance charmer blends big laughs with heartfelt family drama. In 1993 New York City, lesbian Rachel (Hannah Pearl Utt, who also directs) finds herself having to take care of both her dysfunctional family and the community theater above their house.

She and her sister Jackie (Jen Tullock) discover that the mother they thought long dead (Judith Light, in peak form) is alive and starring on a popular daytime soap opera. Co-starring Mandy Patinkin and Alec Baldwin, this is one of the year’s most endearing and quirky treats.

Q co-sponsors the screening with AARP.

From Zero to I Love You

This entertaining drama/romance is a mini Noah’s Arc reunion of sorts, starring this week’s Q cover guy Darryl “Noah” Stephens and directed by Doug Spearman, who put his heart, soul and possessions toward the film’s completion.

“The cost of the film was more than money,” he tells Q. “I put my car into it, a house and an apartment and even a relationship.

“All of that paid off in spades when I get to talk to people after the screening and there are dozens and dozens of guys who come up to me and tell me their story,” he continues, “how it clearly represents something they went through, and they’re very grateful to have it on screen.”

Pete Logsdon (Stephens) is a gay man in Philadelphia who happens to have a history of getting involved with married men. His father and his soon-to-be stepmom are on him to find someone who’s actually available and to settle down.

Instead, he finds a man named Jack (co-cover guy Scott Bailey) who is fifteen years into a perfect heterosexual marriage with two beautiful children and an enviable wife.

Doug Spearman is expected to attend the screening, which is co-sponsored by Q and In The Life Atlanta. Read his full Q interview here.

Does every relationship have an expiration date? Adam and Marklin are about to find out. Their five-year relationship has gone from a passionate flame to a medium burn, forcing them to reconcile with each other’s shortcomings, all while watching their support network crumble around them.

Best friend Cammy’s latest beau checks all of her boxes—if you don’t count that he actually lives in a box; Haley’s student is more interested in studying her than studying for the SATs; and Elizabeth and Damon—the “stable” ones—are on the brink of divorce after 15 years of so-called bliss. But, in this mess, hope springs eternal as they all muddle their way through to try to make life work. Director Mike Doyle’s debut film is engaging with sharp turns by Scott Evans, Kate Walsh and Augustus Prew.

Sam Harris grew up gay in Oklahoma’s Bible Belt and eventually fled to Los Angeles, where his version of “Over the Rainbow” on “Star Search” led to international fame, television, Broadway, and hit records. In this terrific live performance of Harris’s award-winning one-man musical, Harris performs original songs and popular ballads while playing 11 different roles to tell his own life story.

This feature originally ran in Q magazine. Read the full issue below: