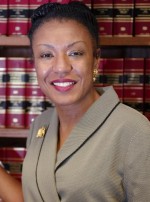 You can bet that when Leah Ward Sears, the progressive chief justice of the Georgia Supreme Court, planned a national summit on marriage, she didn’t know it would coincide with a national uproar over same-sex unions in the wake of three more states approving gay marriage bans earlier this month.

Nevertheless, Sears held firm that the summit would include a discussion of the contentious issue when the court’s Commission on Children, Marriage and Family Law held the two-day session this week.

Though the event included the Institute for American Values, whose president opposes same-sex unions, a panel discussion Wednesday also included a leading proponent of gay marriage, Jonathan Rauch, who wrote “Gay Marriage: Why it is God for Gays, Good for Straights and Good for America.”

Sears was unapologetic about including the discussion in the summit.

Q: By holding a pro-marriage conference that includes a debate about same-sex marriage, are you taking a stance against gay marriage?

A: There is a tendency of when you talk about marriage for the issue to be confused with a same-sex marriage issue. And [same-sex marriage] is an issue that needs to be resolved by legislation.

But that doesn’t mean there’s not a problem with the way marriage is defined today. Marriage as it is right now needs help. We will have a one-hour debate on same-sex marriage which I will facilitate, and I have no view. I’ve included it as a small part of the conference because I didn’t want people to think I was afraid of it.

The summit, a first for the court, was in part spurred by what Sears sees as a civil court docket filled with cases involving children and families. The event tackled a range of issues, from the rise in cohabitation to gay unions.

Sears was chief justice in 2006 when it heard a challenge to an amendment to the state constitution banning gay marriage, which was approved by voters in 2004. The court unanimously upheld the amendment.

Last month, Sears said she will leave the court in June 2009. She was the nation’s first African-American woman to preside over a state Supreme Court.