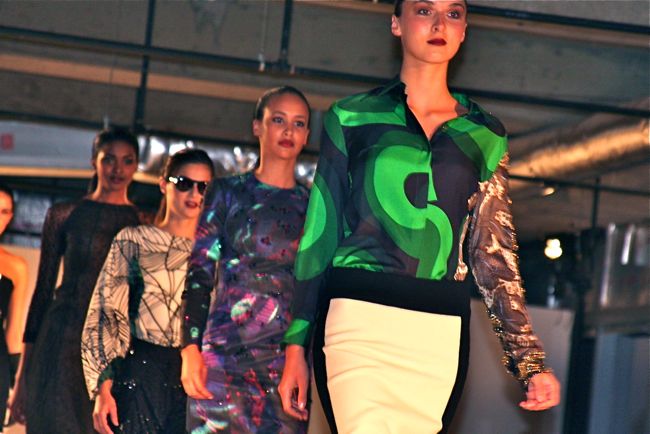 For the 19th year in a row, the gays, their gals, local society mavens and some famous faces converged for Atlanta’s gay-helmed Jeffrey Fashion Cares benefit and its after-party on Monday.

At the runway show, “Real Housewives of Atlanta” star NeNe Leakes and her newest Bravo castmate Cynthia Bailey (second photo, left) were front and center to catch the couture, and B52’s frontman Fred Schneider mingled like a pro with the tony attendees as much as fans who just wanted to chat about his “Rock Lobster” heydays.

Among faces known better in gay circles than in mainstream ones, gay power couple Mitchell Anderson and Richie Arpino were also spotted in the crowd, as well as drag diehard Bubba D. Licious.

And there were enough local LGBT journalists at Fashion Cares that they could have held their own convention: Fashionado blogger Vincent Martinez (second photo, right), Creative Loafing’s Bobby Feingold, and Atlanta Magazine columnist Rich Eldredge caught all the action.

The fashion show, named for and headed by gay fashion retailer Jeffrey Kalinsky, always raises big bucks for its beneficiaries — $9 million since its 1992 inception. The haul from the 2011 event goes to the Atlanta affiliate of Susan G. Komen For the Cure and the Atlanta AIDS Parnership Fund. It is the largest event of its kind in Atlanta and one of the largest in the country. This year, it freed wallets of cash for the cause with the added incentive of frocks by guest designer Jason Wu – he of Michelle Obama’s inaugural ball gown fame.

Then some shirts came off – yes, literally in the case of the hunky bartenders – as the afterparty unfolded at nearby Opera. Many of the tops that didn’t come off were traded in for Hawaiian prints honoring the party’s oxymoronic “Fashion Luau” theme.

In stark contrast to the upscale runway at 12th & Midtown, the rowdy afterparty brought out the fire dancers (third photo), grass skirts, leis, and the gay beats by B52’s Schneider and DJ Vicki Powell (bottom photo).

With millions donated to good causes over the years, Kalinsky wasn’t too pooped at all. In fact, as Eldredge notes in his column, the Fashion Cares organizer is more than ready for the event’s 2012 milestone: “I already can’t wait for next year: Fashion Cares at 20!”