Stadtlander drops out of District 6 race 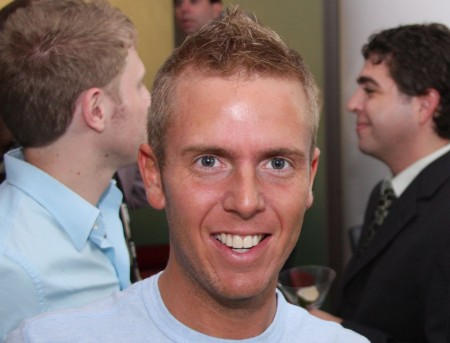 Charlie Stadtlander, one of three gay candidates vying for the District 6 post on the Atlanta City Council, has apparently dropped out of the race.

“It is with a heavy heart, yet hopeful outlook that I offer my withdrawal from the Atlanta City Council race and provide Steve Brodie with my full and unwavering support for the success of his campaign,” Stadtlander wrote in an email to supporters.

“Most importantly, I offer this exit with a sincere debt of gratitude to all of my supporters, campaign team, contributors, and friends who have shown such a true loyalty and confidence in my ability to serve on the Atlanta City Council,” he said. “The dedication and inspiration of each of you has been the backbone of our unprecedented success and I will be forever grateful.”

Stadtlander said in the email that he had always planned to leave the race if Brodie decided to run.

“From the onset of my decision to run for the District 6 seat, Steve and I have maintained a strong, positive dialogue through which I vowed to him that if he should decide to run again, I would step aside and support his candidacy,” Stadtlander wrote.

Stadtlander’s campaign, though it included a long list of well-connected gay and lesbian Atlantans, struggled from the start.

Before even announcing, he had to apologize for remarks he made three years ago when he said transgender people and drag queens were on the fringe of society and hurt the gay equality movement. Stadtlander backed away from those remarks publicly, though he stopped short of fully embracing non-discrimination legislation that includes gender identity among its protected categories along with sexual orientation.