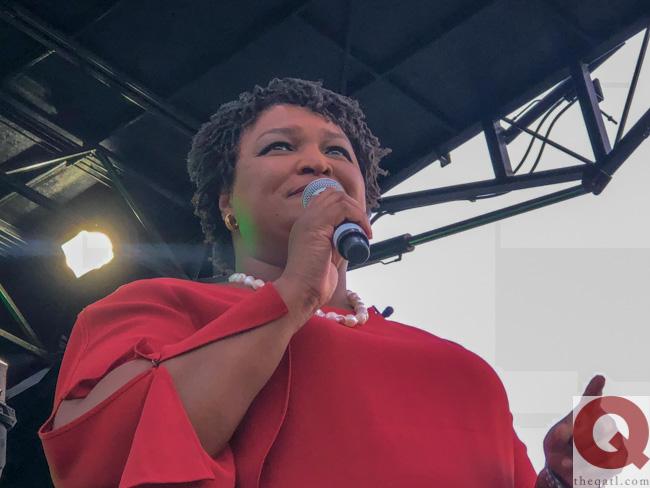 “Georgia’s response to public health crises is woefully inadequate right now,” Abrams said in a press release. “As governor, I will expand Medicaid in our state so that Georgians living with HIV can obtain quality, affordable healthcare.”

“This will allow Georgians to get tested sooner and have access to the preventative measures they need and will expand access to mental health and substance abuse treatment for those struggling with opioid addiction. We must treat the HIV epidemic in Georgia as the crisis that it is,” she added.

Georgia has the second-highest rate of new HIV diagnoses in the U.S. and is behind only Washington, D.C., according to the Centers for Disease Control & Prevention. A recent CDC report said that the number of gay and bisexual men in Georgia living with HIV jumped 70 percent between 2008-2015. That makes Georgia the state with the fifth-highest number of gay and bisexual men living with HIV.

Abrams has made Medicaid expansion a central issue of her campaign for governor. She called it “the crux of the conversation” in fighting the state’s HIV epidemic in an interview with local LGBTQ media in January.

At Georgia Equality’s annual Evening For Equality gala in June, she said expanding Medicaid would be her first act as governor.

“Medicaid expansion is economically the right thing to do, but it’s also the moral thing to do,” Abrams said at the event. “We live in a state with leaders who have been so mean and so cheap. They have turned away $8 million a day for the last four years. Eight million dollars that could be used to make certain that no one in the state of Georgia risks death from HIV and AIDS.”

Kemp told that AJC that expanding Medicaid would be a “radical government takeover of healthcare” that would lead to higher taxes.

Abrams and Kemp face off on Nov. 6.

The City of Atlanta is working to fix its administration of a federally-funded HIV housing program that activists described as “just a mess.” And a Fulton County HIV committee convened recently for the first time nearly a year after being created, but vacancies on it remain and it includes just one person openly living with HIV.