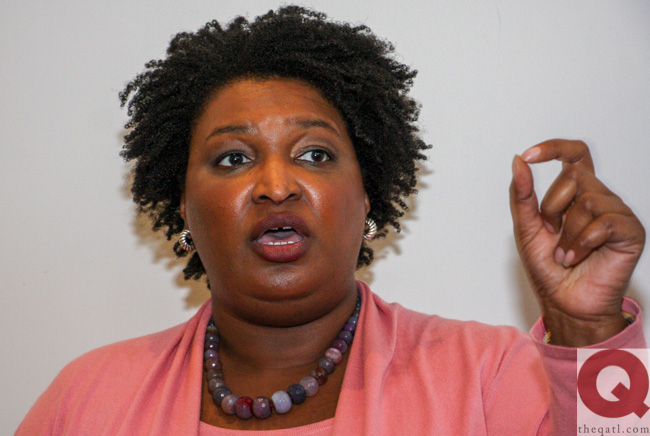 Stacey Abrams – a former state lawmaker seeking the Democratic nomination for governor – blasted as “bigoted” a bill moving through the Georgia Senate that would allow faith-based agencies receiving public funds to ban adoptions and foster care by LGBT people.

The legislation – Senate Bull 375 – was approved by the Senate Judiciary Committee on Tuesday and could see a vote by the full Senate any day.

Abrams called for the bill's defeat and said the legislation “justifies discrimination by using religion as an excuse.”

“LGBTQ families who seek to adopt should be welcomed; therefore, legislation that discriminates under the guise of religion has no place in our state. SB 375 harms Georgia’s most vulnerable children by rejecting loving parents who would help them thrive. As the House Democratic Leader, I proudly fought against the RFRA and FADA legislation and spearheaded efforts to keep children in loving homes and out of our overburdened foster care system. If elected as our state’s governor, I will continue to protect our children by supporting access to safe, loving homes. I will pledge to veto any bills that espouse bigoted ideas and justify discrimination by using religion as an excuse. Legislation like SB 375 must be defeated, so we can instead work towards a new, inclusive Georgia where the LGBTQ community is honored and accepted.”

The legislation from Sen. William Ligon is on a fast-track for approval in the state Senate. Lt. Gov. Casey Cagle – who presides over the Senate and is seeking the GOP nomination for governor – has guaranteed that senators will pass the bill.