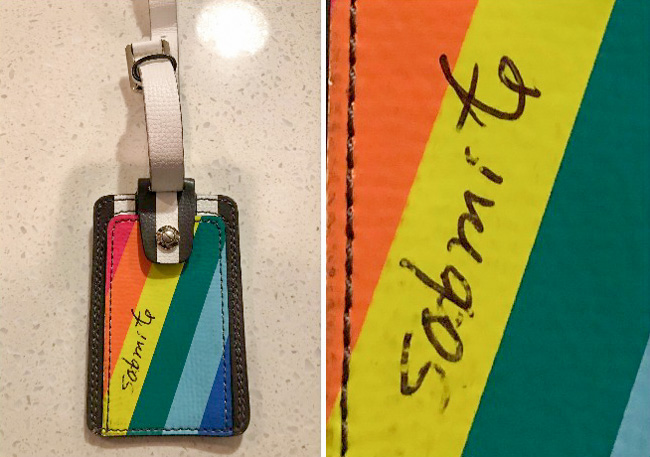 Stacey Abrams vowed to put anti-LGBTQ “religious freedom” bills “in the grave a final time” as the nominee for governor joined other statewide candidates at the Georgia Democratic Convention.

Saturday’s convention at the Omni Atlanta Hotel at CNN Center served as a way for the party to show off its slate of candidates as Election Day nears on Nov. 6. There were also caucus meetings throughout the day.

“My faith tells me we are a shield — we are never a sword,” Abrams said according to a Facebook video taken by transgender Doraville City Councilmember Stephe Koontz. “So please know that I am here with you, and that together in 73 days, we’re not only going to take our state back, we’re going to move it forward.”

Abrams saved her strongest words for her keynote address before a rapt audience of more than 1,000 in the hotel ballroom. She said the state needs to defeat “horrific” legislation like the “religious freedom” bills.

“And when we do so, when we kill that and put it in its grave for the final time, we will continue to spur creativity with our growing entertainment industry,” Abrams said.

She predicted Democratic wins in November and gave a glimpse of what the state would be like “under new management” in 2019.

“We’re going to be a state where our values come to life, where we defend civil rights, where we advance the cause of justice, where those who are straight … stand up for the rights of the LGBTQ community,” she said.

Abrams' appearance at the convention came following an Aug. 21 fundraiser hosted by LGBTQ and allied supporters. The event, held at the home of lesbian philanthropist Edie Cofrin, raised $140,000 for Abrams, according to co-chair Glen Paul Freedman.

It's a stark change from 2014, when statewide candidates Jason Carter (governor) and Michelle Nunn (U.S. Senate) held similar closed-door, big-ticket fundraisers with LGBTQ supporters but didn't speak out strongly for LGBTQ equality. Abrams supported LGBTQ equality efforts as a state lawmaker and has embraced LGBTQ issues during her campaign.

“While he doesn’t have that, he’s got us involved on the wrong side of every national debate that’s going on right now,” Bailey said.

Carr in April joined a group of 17 attorneys general in a letter to the U.S. Department of Health & Human Services voicing support for “religious freedom” rights. He also ignored calls by LGBTQ groups who asked the state to drop out of a lawsuit challenging federal guidelines on the treatment of transgender students. President Trump later reversed those guidelines.

Bailey drew a loud, sustained cheer from the audience when he announced he would, if elected, create a civil rights division. He said this would be a first for the Georgia attorney general’s office.

“The civil rights division would serve as an independent watchdog protecting the people of Georgia against civil rights abuses and violations,” Bailey told Project Q Atlanta in a statement on Monday.

He also said Monday that during the 2019 legislative session, he would push for the passage of a comprehensive statewide civil rights bill that includes sexual orientation and gender identity.

“In this bill, I will ask or request the authority to prosecute either government or private actors who violate someone’s rights under the law,” Bailey said. “This is important because the days of Washington defending our rights are over. We have to be prepared to protect on a state level, and that’s why we need an AG who is dedicated to doing that.”

“I believe no parent should ever have to worry about the safety of their child simply because of what they look like, or who they love, or how or if they pray,” she said during her convention speech.

“On Nov. 6, Democrats will shock the nation by turning Georgia blue,” Amico said. “We are going to put two women in the highest offices in this state, and we are going to show these boys how it’s done.”