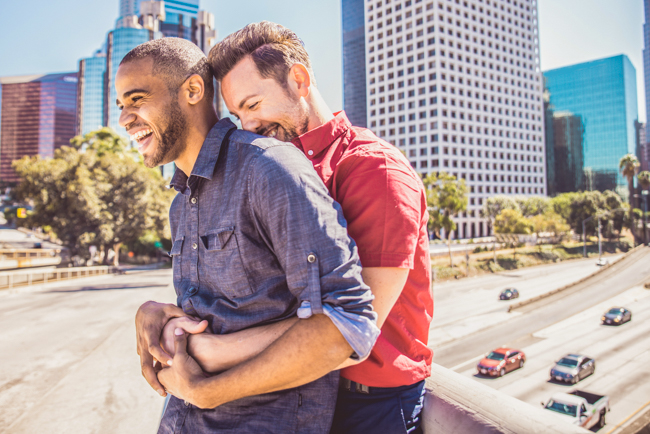 Among thousands knocked for a loop by coronavirus restrictions, Atlanta’s LGBTQ businesses took one on the chin for the safety of their patrons. True to form, they are also among those bringing community events slowly back to life.

In closings that started earlier and lasted longer than most other types of businesses, nightlife venues had to rally for the livelihoods of their employees. You probably heard about the outpouring of patrons during online parties, but helping staff behind the scenes went down as well at places including Heretic.

“When we closed our doors on March 14, we decided it was a great opportunity for some of the staff to make some money and to tackle some much needed projects I could never find the time for,” Alan Collins, general manager of Heretic, tells Q Atlus.

“It started as a simple deep-cleaning of the entire bar,” Collins says. “That turned into much needed organizing and getting rid of junk. Then we started painting, and the next thing you know someone made the mistake of handing me a pry bar and a sledgehammer — and well, Daddy went a little crazy.”

When Heretic hosted its first reopening dances under state guidelines, patrons were treated to renovations including fresh paint and two-fewer walls inside, a whole new floor in the pub bar, a refinished dance floor, and new shelving and tile behind both bars.

But it’s the new paint job for the entire exterior of the club, with a freshened Heretic logo alongside an “ATL” sign on loan from Anheuser Busch, that is stopping traffic.

“It looks amazing,” Collins says. “People are constantly stopping by to take a selfie.”

Making the most of a bad situation, reno and redecorating were in the works at other gay-owned spots around town as well. Helmet Hairworx’s team underwent stringent changes and deep conversations during quarantine. The owner of Sam’s and 2Qute salons overcame his latest crisis-level challenge. After some public mystery, the gay bar at 10th Street and Piedmont Avenue pulled a refresh by giving the patio a tiki bar vibe and changing its branding from “Ten Atlanta” to “X Midtown,” including a giant Greek numeral “X” logo on the building façade.

My Sister’s Room did an extensive revamp of its outdoor spaces, and BJ Roosters renovated its patio. Blake’s on the Park stayed closed a little longer than other gay bars to make major aesthetic changes “y’all are gonna love,” staff members promised on Facebook.

My Sister’s Room owners Jen and Jami Maguire were among the gay owners of bars on Friday’s episode of  Q Conversations. The live virtual event hosted by Project Q’s Matt Hennie focused on surviving the staff, safety and financial challenges of the pandemic. Johnny Martinez of Joystick Gamebar and Georgia Beer Garden summed up the frustrations during the event.

Richard Ramey, the owner of the Atlanta Eagle, took part in the event as well. He expressed concern about the uncertain future of bars amid the fallout of the pandemic.

“If you don’t feel comfortable, stay home,” he said. “We always encouraged that. I just hope and pray we can see you when this is all over, and we’re doing everything we can to still be here.”

But by far the “newest” of the “new designs” at a gay club in Atlanta belongs to Future. That’s because Atlanta’s downtown gay dance club was built up from the studs as part of the all-new Underground Atlanta. With an opening date pushed from April, Keith Young, co-owner of Future, has been tight-lipped about the interior look until now. He is excited to debut it in the coming weeks.

“The sprawling two-level layout features two separate spaces, one on each floor,” Young says. “Each floor has a new state of the art sound system and lots of cool visual tech. We wanted to keep it fun and unique without going overboard. There are also some really fun art projects throughout.”

With years in promotions and as patrons of gay dance parties themselves, Young and co-owner Hoosh Mishu had a targeted wish list from a few iconic experiences in Atlanta, he added.

“People miss entertainment mixed with dance that Backstreet offered. People miss the amazing dancefloor at Jungle. People love the hands-on approach to business that Heretic does such a good job with,” Young said. “We wanted to make sure we are addressing all of these things that Atlanta and visitors love.

A version of this story originally appeared as the cover package in the new Q Atlus magazine. Read the full issue here:

For weary but tenacious LGBTQ Atlantans, "just keep swimming" goes literally and figuratively in this week’s issue of Q ATLus. The print magazine is...
Read more