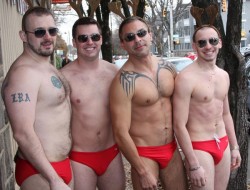 Scores of Speedo-clad Santas sprinted through Poncey-Highland on Saturday to raise money — and a few eyebrows– for charity.

The idea for the 2nd Annual Atlanta Santa Speedo Run, which raised about $40,000 last year with the help of 170 participants, is similar to one run in Boston. More than 500 people took part in the 11th Annual Santa Speedo Run in that city, also held on Saturday. 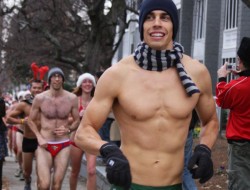 In Atlanta, the mess of flesh congregated at Manuel’s Tavern on Highland Avenue before taking off along the street north to Virginia Avenue and back to the landmark bar and grill. The crowd included serious runners – well, except for their Santa hats, gloves and Speedos – prepped for the 1.7-mile route as well as party-goers recognizing that the event provides for a festive afternoon.

A final tally on the amount raised for Camp Twin Lakes wasn’t available on Saturday. But run organizers announced earlier in the week that they had already surpassed $30,000. The non-profit works with 45 member organizations to create customized camp experiences for children with serious illnesses, disabilities and other challenges. 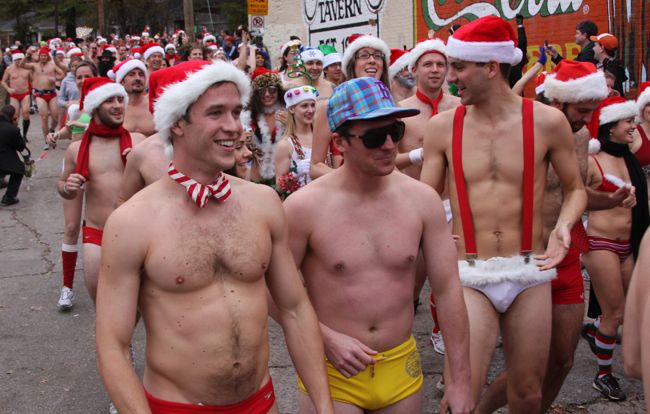