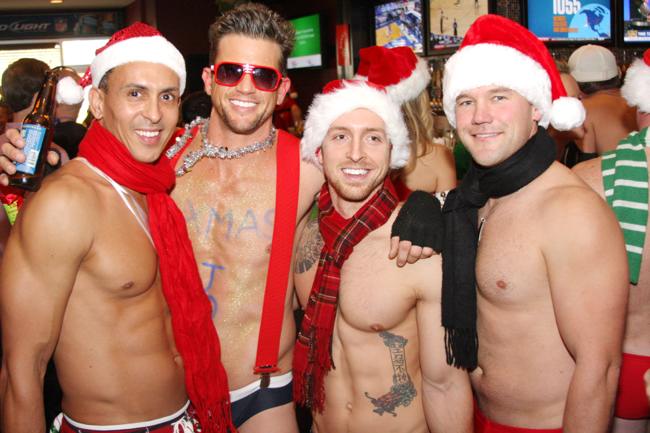 Oh, Santa. Pick from among these scores of Speedo-clad hot bodies to guide your sleigh. After all, they put it out there for charity as part of the 3rd Annual Atlanta Santa Speedo Run. More than 250 people took part in the run on Saturday, sprinting through a new 1.5-mile course along high-profile streets in Midtown. The event raised a record $125,000 for Bert’s Big Adventure, a non-profit that provides trips to Disney World for terminally-ill children and their families.

Never underestimate the appeal of muscled and toned Santas for raising cash for charity. Last year, nearly 200 people helped raise more than $50,000. In 2009, the event attracted about170 people and brought in about $40,000. The mass of flesh gathered at Hudson Grille on Peachtree Street to down a few cocktails to lubricate their sensibilities, strip down, stay warm and prevent shrinkage for as long as possible. It was, after all, a run through Midtown. "This was probably one of the most exciting fundraisers that we have ever been involved in. The runners went above and beyond helping raise a huge amount of money for a small organization like Bert's Big Adventure and we are so appreciative of the gift," Bert Weiss, host of Q100’s “The Bert Show” and the charity’s namesake, says in a prepared statement. 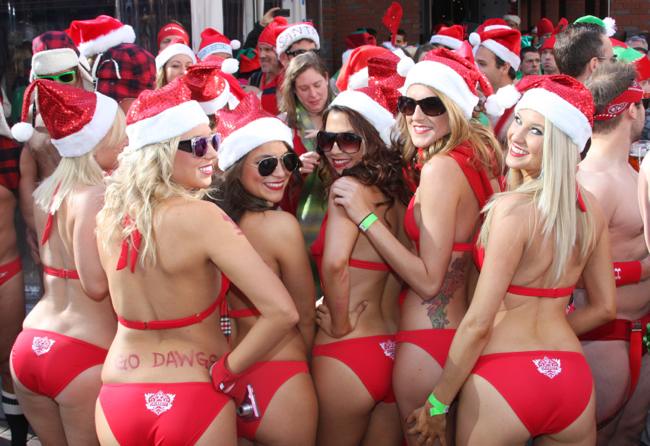