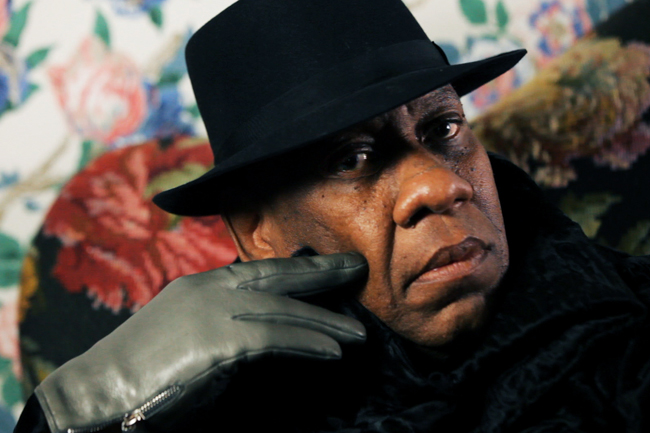 Growing up in the South, Andre Leon Talley discovered a passion for fashion that eventually led him all the way to a job as editor-at-large at Vogue magazine. The iconic Talley is the subject of the new documentary The Gospel According to Andre.

The film officially opens in Atlanta on June 22, but a one-night-only preview screening with a panel Q&A about his impact on the black and gay communities debuts the night before, courtesy Georgia Equality, Out on Film and Q magazine.

Now 69, Talley broke barriers, opened doors and helped change fashion at a time when few African Americans were visible at any level of the industry. Raised by his grandmother in Durham, North Carolina, he cultivated his sense of fashion through her.

“I’d watch her as a young kid, observing her, combing her hair,” Talley tells Q. “We loved going to church, and our wardrobes were special for church clothes. We were not wealthy, but we were not poor. We were modest.

The young Talley also discovered Vogue years before his personal involvement in the publication. He can’t remember if he discovered the magazine in the school library or on the news stand, but he does remember it was life changing.

“It was and is a marvelous magazine,” Talley says. “I gravitated towards the images. I loved it; it was about art, literature, dance, ballet, film. You get the fashion but so much more.  It was a marvelous escape for me. On the weekends, I would stay to myself and look at Vogue.”

During that time, Talley also realized he was different. He was bullied by football players, he realls.

“I didn’t play (sports), I didn’t want to go to the gym,” he says. “That was not what I was interested in. When you are different, you are bullied, but I survived and I was strong.”

Moving to New York changed Talley’s life. In 1974, he began working at Andy Warhol’s Factory and for Warhol’s Interview magazine.

“It was amazing. It was a complete 360. There were people like me. I felt like I belonged. I wasn’t bullied. I saw transgender people, drag queens, society ladies, models, Princess Caroline of Monaco, Jerry Hall, Grace Jones, Diana Ross. It made me feel very welcome. People took me for who I was. I was a tall drink of water, but yet I had something to say.”

Talley remembers Warhol as great boss who encouraged him to be himself, and he was also greatly inspired by fashion maven Diana Vreeland, the editor of Vogue from 1963–1971.

“She taught me to see clothes the way they should be seen, for the beauty and the romanticism,” he says. “She taught me how it was possible to tell a story through clothes.”

Talley worked at Women’s Wear Daily and W before coming to Vogue. He moved from fashion news director to creative director to contributing editor to editor-at-large in 1998. He has also worked with Savannah College of Art and Design (SCAD) for 15 years as a member of the Board of Trustees.

“I never thought I would be at Vogue,” he muses. “I came there in an offhand way. I got there in 1983, and it was great to be there. It was perhaps one of the last great decades of fashion.”

While at Vogue, Talley helped bring more African-American models to the forefront. He did so quietly and subtly, he says. Racism was prevalent then, and Talley feels it still is now.

Talley loves the new film about his life. He calls it “exceptional,” but one of the challenges in making it was opening up and sharing his personal life. Although he has a very public persona, he calls himself a private person.

In 2007, the fashion icon was among Out magazine's “50 Most Powerful Gay Men and Women in America,” and promotional material for The Gospel says it explores Talley being “black and gay in the fashion industry.” For his part, Talley allows others to use the G word about him, but he personally eschews it.

After dodging the question most of his life, Talley told Vanity Fair in 2013 that he doesn’t identify as gay, but “has had very gay experiences.” In our interview, Talley compares himself to Janelle Monae, who came out as pansexual earlier this year.

“Labels are not important,” he says. “I am fluid rather than one thing.”

'The Gospel According to Andre' screens with a tastemaker panel Q&A on Thursday, June 21 at UA Tara Cinemas 4, 7 p.m., courtesy Georgia Equality, Out on Film, Q magazine and Magnolia Pictures. The film opens for a regular run at the Tara the following day, Friday, June 22. Q has free screening passes to the advance screening To win yours,  send an e-mail with the year Talley started working for Vogue to [email protected] with 'Talley passes' in the subject line.  See passes for restrictions.