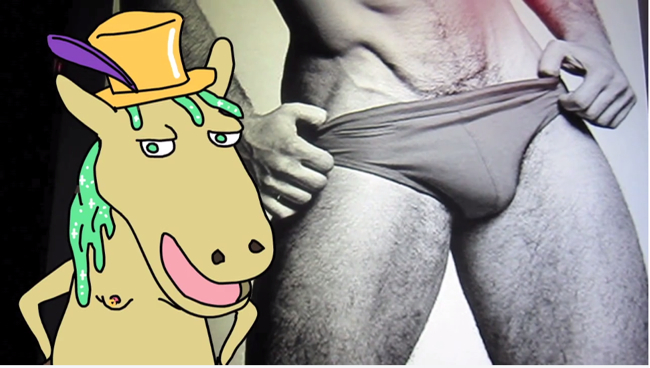 You’ve never looked at gay Atlanta quite like this. If you’re having trouble beating the heat and keeping your summer super gay, follow the glitter trail left by your new spirit animal, a cartoon character named Sparkle Hooves.
The horny, foul-mouthed horse with the top hat and pierced nipples is the creation of Eddie Ray's Ebola Entertainment. He brings some impressive skills to the project since his day job includes delighting Adult Swim fans on Cartoon Network, and his side projects include the film fest hit “Atlanta Zombie Apocalypse.” In his latest Sparkle Hooves video, Ray gives us a hilarious tour of Piedmont Park, gay hotspot Mary’s and his raunchy, irreverent version of summer in the city.
Sparkle Hooves offers a virtual encyclopedia of gay turns of phrase, so grab a pen to jot down references before you click play. Speaking of pressing play, consider that Sparke Hooves is so NSFW. Otherwise, by all means dive in and make your own day.
Love at first site? There’s more Sparkle Hooves for your viewing pleasure. Set aside some time to go down Ebola’s Vimeo rabbit hole for adventures like taking down Justin Bieber’s move to Atlanta that includes a shout-out to Blake's, and a gay tour of the Sochi Olympics.