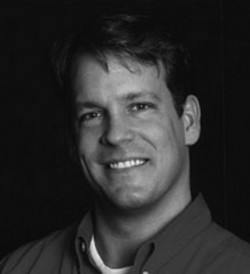 Just 10 days after the first issue of Southern Voice under its new owners hit the streets, the publication’s news editor has resigned after a brief three weeks on the job.

Tom Dempsey (top image), a longtime Atlanta resident and activist who moved to Pensacola, Fla., about six years ago, returned in early April as the news editor of Southern Voice, one of two publications acquired by Gaydar Magazine LLC in March. He played a role in the production of the first two issues – April 16 and April 23 – but resigned on Monday.

“I’ve always had respect for Southern Voice over the years and wanted to see it come back in its glory,” Dempsey says. “I saw the opportunity. I thought it would be a next step in my career.”

Dempsey says he began corresponding with Matt Neumann, a co-owner of the paper’s new parent company, after learning earlier this year that the assets of SoVo and David magazine would be sold in bankruptcy court for $8,000. Gaydar later outbid the GA Voice for the assets during a bankruptcy hearing on Feb. 25 and closed the purchase on March 1.

At the time of those initial discussions with Dempsey, Neumann was publishing the Atlanta Free Press. But the paper ceased publishing in January after a handful of editions. The paper’s first editor was fired, its interim editor and art director later resigned, and allegations of non-payment to staff and vendors surfaced.

“We started talking and [Neumann] was talking big. I couldn’t outbid him and I was shocked [SoVo and David] were going to go for $8,000,” Dempsey says. “So I came here and met them in March. It seemed like a good fit. They needed someone that knew the community very well, and had experience dealing with the different organizations and knowing the news.”

But soon after starting with SoVo, Dempsey says his role was never clarified and the initial promise of working with the paper didn’t materialize.

“I came on to do a lot of things. It was never nailed down. At one point, I was the editor and the next day, I was the news editor. It was unclear what I came in as. It was promising at first, but things changed and I feel I wasn’t being effective there,” Dempsey says.

Dempsey declined further comment, citing the provisions of a confidentiality agreement he signed as part of his employment with SoVo.

Neumann confirmed that Dempsey resigned and says the company is exploring hiring an editor and adding other staff members. Neumann says internal disagreements among staff members at the paper contributed to Dempsey’s decision to leave.

“I just don’t think it was a good fit for him,” Neumann says. “We are looking at different directions. Maybe it wasn’t all he thought it would be. We didn’t have a problem with him. He decided to resign and we tried to talk things through and basically the resignation stuck.”

“We try to have a joint editorial team going on. It was differences of opinions and they escalated into bickering and infighting and he decided it was more than he wanted to deal with and resigned,” Neumann adds.

Dempsey supported Neumann and the company before he was employed by SoVo, but as he was discussing the job opportunity with them, in comments to news stories on Project Q Atlanta. He also criticized Project Q’s coverage of a cease and desist letter Gaydar sent to the GA Voice on March 19, the day the new publication distributed its first issue.

SoVo is exploring hiring an editor – the paper currently lists two associate editors in its staff box – and adding a graphic designer, Neumann says. He adds that the issues of staff not being paid, or paid slowly, that impacted the Atlanta Free Press were not an issue in Dempsey’s departure.

“We are getting through. We are putting out a paper. It’s not perfect and we are coming out on time this week and last week. I’d prefer we have a few more people, but it’s a growing process,” Neumann says. 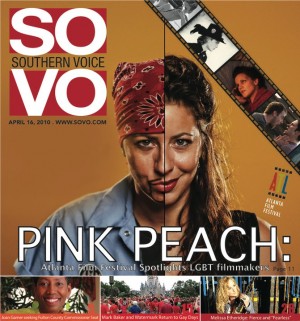 Gaydar rebranded its namesake weekly nightlife magazine and launched it as David on March 10 with a 64-page debut. But returning SoVo to a weekly publication proved more difficult: The April 16 print debut (bottom image) came two days after Gaydar launched a new website for the publication and after a handful of delays. The company initially said the paper would launch in late March, then moved the debut to April 7. When that date came, Gaydar announced an April 14 start.

A rundown: Fenuxe launches on April 22, Gaydar’s Southern Voice on April 16, the GA Voice on March 19 and Gaydar’s David magazine on March 10. All of that was made possible by the Nov. 16 collapse of Window Media, which meant the shuttering of SoVo, David and a handful of other LGBT publications.